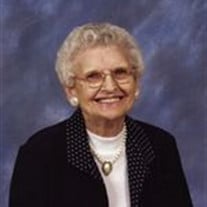 Alice M. Raine, age 88, of Marshall, passed away at Avera Morningside Heights Care Center on Friday, August 24, 2007. Funeral services will be 1:00 P.M. Monday, August 27, 2007 at Christ Evangelical Lutheran Church in Marshall. Burial will be in the Marshall Cemetery. Visitation will be Monday, prior to the service, from 11:00 A.M. to 1:00 P.M. Arrangements are with the Hamilton Funeral Home. Alice Martha Richters was born Claus and Hertha (Stelter) Richters on July 24, 1919 in Russell, Minnesota. She was baptized, received first communion, and was confirmed at the Island Lake Zion Lutheran Church. She lived on a farm near Russell, lived near Boyd, MN, and then on July 24, 1965, Alice was married to Arthur “Art” H. Raine. Alice was a cook for many years at places such as Schwans, The Gambler, and Raine’s Cafe. Alice enjoyments in life were cooking, playing cards, visiting the nursing home, delivering baked goods, and volunteering at the Senior Center. Alice passed in Marshall on Friday, August 24, 2007. She had reached the age of 88 years and 1 month. She will be dearly missed. She is survived by her children, Kenneth (and Chioco) Pipke of Sydney, Ohio and Jerry (and Judy) Pipke of Waseca, MN; four grandchildren, Charles Pipke of Sydney, Ohio, Deanna Pipke of Sydney, Ohio, John Pipke of Ozark, Missouri, and Joseph Pipke of Tulsa, Oklahoma; six great-grandchildren; and brother, Edward Richters of Russell, MN. She was preceded in death by her husband, Art; parents, Claus and Hertha; brothers, Martin Richters, Harold Richters, and Clifford Richters; and sister, Edna Wilmes. Blessed be the Memory of Alice Raine

The family of Alice Raine created this Life Tributes page to make it easy to share your memories.

Send flowers to the Raine family.