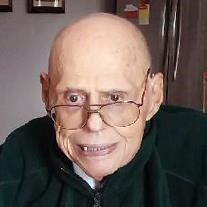 Allen Rasmussen, age 80, of Marshall, Minnesota, died on Thursday, January 31, 2019, at Prairie View Health Care Center in Tracy, Minnesota. Funeral Services are 1:30 p.m. Sunday, February 3, 2019, at the Hamilton Funeral Home in Marshall, Minnesota. Following a reception, interment will be in the Memorial Hill Cemetery in Lake Benton, Minnesota. Visitation will be held one hour prior to the service, from 12:30 – 1:30 p.m., on Sunday, February 3, at the Hamilton Funeral Home. Allen Louis Rasmussen was born June 21, 1938, to Fred and Stella (Smith) Rasmussen in Elmhurst, Illinois. He was baptized and confirmed in the Lutheran faith and graduated high school there before enrolling in college. After a couple years of training in chemistry, Allen went to work for Nalco Water Company in Naperville, Illinois. Allen was married to Barbara Ann Schmidt in 1966 and after 23 years together, she died at age 50. He lived in Frankfurt, Illinois, for 16 years working as a USPS mail carrier. He also started farming there as well. He moved to Lynd, Minnesota when he married Arlys Swanson. The couple shared 8 years together. Then, in 1999, through correspondence overseas, Allen met Elisa Castillote from the Philippines. She joined him stateside in 2000 and they were married January 6, 2001, in Ivanhoe, Minnesota. The couple made their home on a farm near Lake Benton and later moved into Marshall. They just celebrated their 19th anniversary. Allen truly enjoyed farming, tending to the crops, and being connected to his work. He relaxed to classical music and was quick to travel with Elisa to National Parks or to the Philippines yearly to see her family. Allen Rasmussen died on January 31, 2019, in Tracy, Minnesota. He reached the age of 80 years, 7 months, and 10 days. Blessed be his memory. He is survived by his wife, Elisa Rasmussen of Marshall, and nephew, Roger Jr. (Sarah) Rasmussen of Illinois. Allen is preceded in death by his parents; first wife, Barbara Ann Rasmussen; and brother, Roger Rasmussen Sr.

The family of Allen Louis Rasmussen created this Life Tributes page to make it easy to share your memories.

Send flowers to the Rasmussen family.