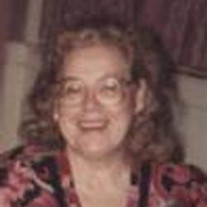 Lynd: Anneliese Dreier: age 92, of Lynd, passed away at Avera Regional Medical Center on Wednesday, April 9, 2014. Funeral service will be 5:00 P.M. Monday, April 14th at St. Stephen Lutheran Church. Visitation will be one hour to the service. Second service will be 10:30 A.M. Thursday, Appril 17th at Thompson-Larson Funeral Home in Minot. Burial will be in the Rosehill Cemetery in Minot, ND.Anneliese Hildegard was born to Friedrich and Olga (Bock) Winkler on February 26, 1922 in Aschaffenburg, Germany. On September 2, 1948, Anneliese was united in marriage to Frederick Dreier in Furth, Germany. They lived in Minot, North Dakota until 1966 when they moved to Queens, New York. Anneliese was a medical secretary at the Elmhurst Hospital in Elmhurst, NY. They retired 1981 and then moved to Marshall to be closer to their family. Fred died in 1996 and Anneliese moved back to Minot and lived there until 2013 when she entered the Balaton Nursing Home. The love of her life was her family. Enjoyments included reading and movies.She is survived by her four children, Shirley (Roland) Winter of Lynd, MN, Frederick (Lynn) Dreier of Mahopac, NY, Steven Dreier of Elmhurst, NY and Maureen Keimig (honorary son-in-law, Bob Schwoch) of Marshall; ten grandchildren, Lea Vilasi, Jon Keating, Amy Aiken, Shane Soltis, Travis Soltis, Stephanie Beals, Bradley Winter, Lisa Winter- Das, Christopher Dreier and Renate Keimig; also many other relatives and friends.She was preceded in death by her parents; husband, Fred; daughters, Renate Keating and Helga Soltis; and sister, Antoine “Toni” Bock.Blessed be the memory of Anneliese Dreier.

The family of Anneliese Hildegard Dreier created this Life Tributes page to make it easy to share your memories.

Lynd: Anneliese Dreier: age 92, of Lynd, passed away at Avera...

Send flowers to the Dreier family.