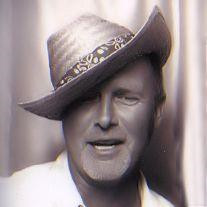 Brian Richard Rosa, age 51, of rural Marshall, passed away on Friday, December 18, 2015, while working in Minot, North Dakota. Memorial Services are 2:00 PM Friday, January 22, 2016, at the Ashford Presbyterian Church in Milroy. Reception will follow. Visitation will be held 2 hours prior, from Noon – 2:00 PM, at the church on Friday, January 22, 2016. Clergy Officiating: Rev. Pamela Prouty Prelude and Postlude: Maribeth Overland Soloist: Charlie Welters ~ “The Old Rugged Cross” ‘Mary, Did You Know” “Give Me Jesus” Soloist: Carrie Jones ~ “Everything I Own” accompanied by Kevin Wulff Soloist: Josh Guyer ~ “Keep Me In Your Heart” Brian Rosa was born on June 7, 1964, to parents, Richard and Patricia (Wirtz) Rosa. Brian was baptized as an infant on July 12, 1964, and confirmed on April 24, 1976, both at the Ashford Presbyterian Church in Milroy. Brian grew up on a farm North of Milroy and attended Milroy Public Schools, graduating with the class of 1982. He then attended Jackson Vocational to learn the electrician trade, graduating in 1984. While in college, Brian met his future wife. Brain and Vicki (Jellum) were married December 10, 1983, in St. Joseph, Minnesota. They started their life together in in rural St. Cloud. The couple later moved to rural Marshall in 1997. They raised three children and enjoyed 32 years of marriage together. Brian spent 32 years as an electrician. He was a very talented electrician who was privileged to work on many large scale jobs despite being color blind. His career took him all over the country and introduced him to a lot of different people. Brian was a proud member of the International Brotherhood of Electrical Workers Union, Local #343. Over the past eight years, Brian had also been working, on and off, at the North Dakota oil fields. Brian was a hard-working man and enjoyed his work. He was always willing to pass down his knowledge and patience while teaching others. He had a one-of-kind sense of humor and enjoyed time spent with his family. He was guardian and caretaker of his family, even when he wasn’t around. He enjoyed hunting and fishing, rock music, and spending time in his garage when he wasn’t working. Brian Rosa passed away in Minot, North Dakota, on Friday, December 18, 2015, at the age of 51 years, 6 months, and 11 days. Brian is survived by his wife, Vicki Rosa of Marshall; children, Jill Rosa (and Nick Pealer) of Vesta, Kyle Rosa of Milroy, Matthew Rosa of Milroy; 3 grandchildren, Hailey Rosa, Kyra Carrasco, Landen Carasco; parents, Richard and Patricia Rosa of Milroy; siblings, Rebecca (and Kevin) Wulff of Rochester, Clay (and Cindy Matthews-) Rosa of Milroy, Cheryl (and Al) Pankow of Lansdale, Cindy Rosa (and Willie Holmes) of Marion, OH, Suzanne (and Chris) Rauch of Lynd; many nephews, nieces, relatives and friends. Brian is preceded in death by sister, Debra Rosa and brother-in-law, Bryan “B.J.” Jellum.

The family of Brian Richard Rosa created this Life Tributes page to make it easy to share your memories.

Brian Richard Rosa, age 51, of rural Marshall, passed away on...

Send flowers to the Rosa family.