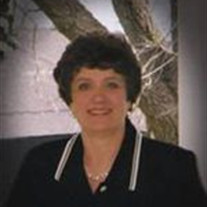 Carmen (King) Adkins, age 65, of Marshall, passed away Friday, October 19, 2007 at the Hospice House in Marshall. Funeral services will be 1:00 P.M. Wednesday, October 24, 2007 at Christ United Presbyterian Church. Burial will be in the Calvary Cemetery. Visitation will be 4:00 P.M. to 8:00 P.M. with a 7:00 P.M. prayer service at the Hamilton Funeral Home on Tuesday. Visitation will continue at the church on Wednesday, one hour prior to the service. Carmen V. (King) Adkins was born to Carlton "Buck" and Erma (Appledorn) Adkins on October 14, 1942 in Shakopee, Minnesota. She was baptized and confirmed at the First Presbyterian Church in Pipestone, graduated from Pipestone High and went on to nursing school in Sioux Falls and Worthington, MN. On June 30, 1962, Carmen was united in marriage to Richard Rathman. They lived in Comfrey until 1973. After living in various cities, Carmen moved to and made her home in Marshall in 1977. She was a manager at Lenny and Me/Leigh Maries from 1980 to 1991. From 1991 until her death she was employedat the REM in Marshall. Carmen passed away at the Hospice House in Marshall on Friday, October 19, 2007. She had reached the age of 65 years and 5 days. She is survived by her two children. Jeff "Wolfy" Rathman of Marshall and Jolene (Craig Allan) Erpestad of Plainview, MN; four grandchildren, Ryan Rathman, Melissa Erpestad, Matthew Erpestad and Jessica Rathman; mother, Erma of Pipestone; three brothers, Dean (Nancy) Adkins of Appleton, WI, Wayne (Mary Ann) Adkins of Kearney, MO and Stanley Adkins of Fort Collins, CO; also many other relatives and friends. She was preceded in death by her father, Buck and a daughter, Lisa Rathman. Carmen's enjoyments in life were trips with her mother, playing pinochle, spending time cooking for her family and and many special friends, working with the staff and residents of REM, knitting afghans, taking pictures and and working on her new Mac computer. Carmen had a strong faith and love for Jesus, which she shared with many. Carmen was a member of Christ United Presbyterian Church a the time of her death. Blessed Be The Memory of Carmen (King) Adkins.

Carmen (King) Adkins, age 65, of Marshall, passed away Friday, October 19, 2007 at the Hospice House in Marshall. Funeral services will be 1:00 P.M. Wednesday, October 24, 2007 at Christ United Presbyterian Church. Burial will be in the Calvary... View Obituary & Service Information

The family of Carmen (King) Adkins created this Life Tributes page to make it easy to share your memories.

Send flowers to the Adkins family.