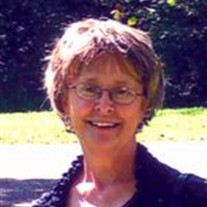 Carol Swope, age 65, of Marshall, passed away peacefully at her residence on Thursday, October 16, 2008. Carol died on her 65th birthday after a courageous battle with cancer. Funeral services will be 11:00 A.M. Monday, October 20, 2008 at First Lutheran Church in Marshall. Burial will be in the Lakeside Cemetery in Balaton. Visitation will be at First Lutheran Church from 4:00 P.M. to 8:00 P.M. with a 7:00 P.M. prayer service on Sunday. Visitation will continue at church, on Monday, one hour prior the service. Hamilton Funeral Home is in charge of the arrangements. Condolences can be submitted at www.hamiltonfh.com. Carol Jane Gifford was born on October 16, 1943 in Balaton, Minnesota to Clair and Jane (Moat) Gifford. She was the oldest of three children. She was baptized and confirmed in Balaton. Carol attended Balaton High School, graduating in 1961. She then went on to Mankato State University and graduated in 1965 with an elementary education degree. Carol began her teaching career in Luverne, Lake Crystal, and later in Currie, Minnesota. On June 24, 1967, Carol married Richard Henry Bosacker of Tracy and moved to Spencer, Iowa, where they were blessed with four children, Staci, Tiffany, Scott, and Travis. In January 1979, Carol and her four children moved to Marshall. On November 23, 1989, Carol was united in marriage to William John Swope in Marshall. Carol was then blessed with two step-children, Andy and Krista. They spent the next 19 years blending a close and loving family and welcoming 15 grandchildren. Through Carol’s 25 years of teaching, she developed many close and lasting friendships with her fun-loving fellow teachers. Those friendships were so meaningful to her and continue to be cherished to this day. After retiring in 2005, Carol moved on to her next career and passion, which was to be a full-time grandma, logging hundreds of miles a month visiting and attending different grandchild events. Carol was inspiring and courageous and she was a cherished and trusted friend to so many. She was loved and adored by her grandchildren and was a rock for those who called her “mom.” The nucleus of a wonderful family, Carol was the fire that everyone gathered around for warmth. She had a vibrant smile, contagious laugh, a positive outlook in life and always saw the best in everything and everyone. Carol’s family and close friends are so thankful for the time given to them, both before and after her illness came, which gave them extra moments to make more lasting memories with her, which will be carried on in their hearts forever. She is survived by her loving husband, Bill of Marshall; four children, Staci (and Mark) Terwilliger of Cambridge, Tiffany (and Jon) Ahlers of Duluth, Scott (and Jackie) Bosacker of Rogers, and Travis (and Lori) Bosacker of Monticello; step-children, Andy (and Lisa) Swope of Marshall and Krista (and Dave) VerKinderen of Lynd; a brother, Craig (and Ann) Gifford of Balaton; the light of her life, her 15 grandchildren, Brittani, Collin, Michael, Brooklyn (Terwilliger), Allison, Parker (Ahlers) Brittany, Morgan, Ava (Bosacker), Ethan, Gabrielle, Campbell (Bosacker), Chase (Swope), Hannah, and Lily (VerKinderen); and many special nieces, nephews, relatives, and friends. Carol is preceded in death by her grandparents, parents, and a sister, Collette Gifford.

Carol Swope, age 65, of Marshall, passed away peacefully at her residence on Thursday, October 16, 2008. Carol died on her 65th birthday after a courageous battle with cancer. Funeral services will be 11:00 A.M. Monday, October 20, 2008 at... View Obituary & Service Information

The family of Carol Jane Swope created this Life Tributes page to make it easy to share your memories.

Carol Swope, age 65, of Marshall, passed away peacefully at her...

Send flowers to the Swope family.