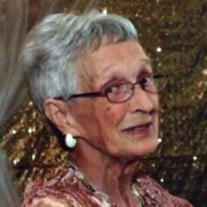 Charlotte Westberg, age 76, of Marshall Minnesota, died on October 18, 2021, at Avera Morningside Heights Care Center in Marshall. A Funeral Service will be held at 1:00 p.m. on Saturday, October 23, 2021, at the Hamilton Funeral Home in Marshall. Visitation will be Saturday, October 23, 2021, from 12:00 p.m. until the time of services at 1:00 p.m., also at the Hamilton Funeral Home. Charlotte Lorraine Archer was born on November 8, 1944, in Redwing, Minnesota. She was the daughter of Glenn Archer and Margaret (Hager) Johnson. Char attended and graduated from the Minneapolis North High School. Char was united in marriage to her husband Roy Gary Westberg on July 4, 1964, in Minneapolis, Minnesota. Char and Roy welcomed twin boys, Gary and Jerry and later a daughter, Shelly. Char loved raising her children and took pride in their accomplishments. Char’s family was very important to her, and her family describes her as “the glue that held the family together”. While her top priority was caring for her children, Char worked at One Hour Martinizing Dry Cleaning for a number of years. In her spare time, Char volunteered for the Eagles Club. She was also known for being crafty and enjoyed doing various projects. She loved her grandchildren, and they loved her the same. Char will be remembered for her feisty personality, sense of humor, and the love that she had for her family. Char’s family would like to extend a special thank you to Avera Morningside Heights Care Center for their role in taking care of Char over the past 3 years. Charlotte Lorraine Westberg died on Monday, October 18, 2021, at Avera Morningside Heights Care Center in Marshall. She reached the age of 76 years, 11 months, and 10 days. Blessed be her memory. Char is survived by her three children, Gary (Wendy) Westberg of Marshall, Jerry Westberg of Marshall, Shelly (Chad) Rykhus of Marshall; 13 grandchildren, Mike (Dana) Haney, Sarah Westberg, Kasey Westberg, Matthew (Chelbi) West, Curtis (Darian) Rykhus, Amanda (Taylor) Varpeness, Trisha (Walker) Schaar, Cody (Tristin) Rykhus, Austin Rykhus, Samantha Westberg, Ryann Karsten; 18 great-grandchildren, siblings, Robert Johnson, Kenny Archer, Ike Archer, Dick Archer, Clara Roach; nieces, nephews, other relatives, and many friends. She is preceded in death by her parents, Glenn and Margaret Archer; husband, Roy Westberg; grandson, JD “Jacob Daniel” Westberg; and siblings.

Charlotte Westberg, age 76, of Marshall Minnesota, died on October 18, 2021, at Avera Morningside Heights Care Center in Marshall. A Funeral Service will be held at 1:00 p.m. on Saturday, October 23, 2021, at the Hamilton Funeral Home in Marshall.... View Obituary & Service Information

The family of Charlotte Lorraine Westberg created this Life Tributes page to make it easy to share your memories.

Send flowers to the Westberg family.