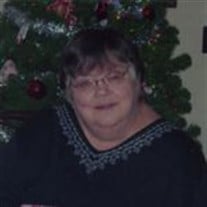 Lynd: Cheryl Buehler, age 64, of Lynd, passed away at the Pipestone County Medical Center on Friday, July 30, 2010. Memorial service will be 4:00 P.M. Thursday, August 5, 2010 at the Hamilton Funeral Home. Burial will be in the Lynd City Cemetery. Visitation will be two hours prior to the service. Cheryl Lee was born to John and Loris (Leonard) Jochims on July 7, 1946 in Worthington , Minnesota . She was baptized and confirmed in the Baptist faith. She graduated from Worthington High School and went to college at Winona State University where she received a Bachelors degree in Sociology. On April 3, 1971, Cheryl was united in marriage to Gary D. Buehler in Marshall . Too this union, three children were born, namely; Greta, Greg and Robert. Cheryl worked as a Mental Health professional at the Chippewa County Courthouse. She was working at the Patricia Duffy Apartments in Marshall at the time of her retirement in 2004. Gary passed away in 2004 and Cheryl joined him in death on Friday, July 30, 2010 at the Pipestone County Medical Care Center . She had reached the age of 64 years and 23 days. She is survived by her three children, Greta (Charlie) Nelson of Lynd, Greg (Cristin) Buehler of Lynd and Robert (Jessica Julius) Buehler of Cottonwood ; stepson, Dean Buehler of Burnsville; ten grandchildren, Colby, Cameron, Brennen Nelson of Lynd, and Angel Veld of Iona, Trinity, Noah Buehler of Lynd, Trevor Evanson Buehler of St. Cloud, and Brennen Jarcho of Mankato, Bennett Buehler of Cottonwood, Jessica, and Alexis Buehler of Burnsville; also many other relatives and friends. She was preceded in death by her parents John and Loris Jochims, husband, Gary Buehler; a brother, Dennis Jochims; and grandson, Taylor Nelson. Cheryl’s enjoyments in life were spending time with her family (especially the grandchildren) and her dogs Chopper and Spudzie. Her other enjoyments included playing electronic handheld solitaire, daily journaling, baking (especially cookies) and shopping out of magazines. Cheryl was a member of Christ Evangelical Lutheran Church at the time of her death. Blessed Be The Memory Of Cheryl Buehler.

Lynd: Cheryl Buehler, age 64, of Lynd, passed away at the Pipestone County Medical Center on Friday, July 30, 2010. Memorial service will be 4:00 P.M. Thursday, August 5, 2010 at the Hamilton Funeral Home. Burial will be in the Lynd City Cemetery.... View Obituary & Service Information

The family of Cheryl Buehler created this Life Tributes page to make it easy to share your memories.

Lynd: Cheryl Buehler, age 64, of Lynd, passed away at the Pipestone...

Send flowers to the Buehler family.