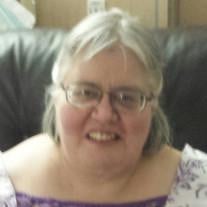 Cheryl Elaine Cobb, age 66, of Tracy, passed away Sunday, August 2, 2015 at Avera McKennan Hospital in Sioux Falls, South Dakota. Memorial Services are 1:00 PM Monday, August 10, 2015 at Bethel Fellowship Church in Minneota. Following a luncheon, interment will be in the Bethel Community Cemetery, Garvin, Minnesota. Visitation will be held one hour prior to the service, from Noon – 1:00 PM, Monday at the church. Cheryl Elaine DeMain was born on August 3, 1948 in Marshall, Minnesota. She was the daughter of Arthur and Elaine (Eatros) DeMain. Cheryl grew up in Marshall and graduated from Marshall High School in 1968. She went on to continue her education at Augustana College in Sioux Falls, South Dakota. She graduated with a nursing degree in 1972 and worked in St. Louis, Missouri, for a year and then came back to Marshall to work at Weiner Memorial Hospital. In November of 1982, Cheryl was married to Joe Cobb. The couple made their home in Minneota, Marshall, and Tracy. They shared over 32 years of marriage together. In 1985, Cheryl attended class at Southwest Minnesota State University and then began working for Alco in 1991. She also attended Vo-Tech school in Canby. She spent some time working for the newspaper and also was a licensed childcare provider. Cheryl was also an accomplished author, writer, and publicist. She was driven to be involved in church and children’s outreach activities. She taught Sunday school and was working on a line of children’s books. She loved to combine her musical talents with her love of children and taught many children within the church. She played guitar, and shared God’s word by singing, dancing, and praising God. Cheryl died on Sunday, August 2, 2015, in Sioux Falls, just 3 hours short of her 67th birthday. Blessed be her memory. Cheryl is survived by her husband, Joe Cobb of Tracy; brother, Jonn DeMain and his wife Carol of North Carolina; nephews, nieces, other relatives and many friends. She was preceded in death by her parents, Arthur and Elaine DeMain. The family invites everyone to a luncheon immediately following the service.

The family of Cheryl Elaine Cobb created this Life Tributes page to make it easy to share your memories.

Send flowers to the Cobb family.