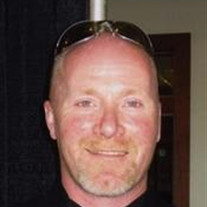 Ghent: Christopher J. Swenning, age 39, of Ghent passed away at Avera Mckennen Hospital in Sioux Falls on Saturday, August 24, 2013. A Memorial service will be held at 2:00 P.M. Friday, August 30th at St. Stephen Lutheran Church. Visitation will be 5:00 P.M. to 8:00 P.M. with a 7:00 P.M. prayer service Thursday at the Hamilton Funeral Home and continue at the church on Friday, one hour prior to the service. Christopher James was born on August 10, 1974 in Golden Valley, Minnesota to David and Marlene (Dodge) Swenning. He was baptized at the First Baptist Church in Marshall and graduated from the Red Wing High School in 1992. He worked as a cook at Big Ben’s in Red Wing and moved to Marshall where he worked for MESI, SpeeDee, Curry Sanitation, MIDCO Supply and evenings for UPS out of Granite Falls. On September 27, 2003, Chris was united in marriage to Tory Salamone at the Bethany-Elim Lutheran Church in Ivanhoe. To this union, his pride and joy, daughter, Ashlyn “Baby Girl” was born. The love of his life was his family (especially going to Ashlyn’s volleyball games) and being with friends. His other enjoyments in life were riding his Harley, fishing, hunting, playing softball and keeping track of the Chicago Bears. He is survived by his wife, Tory and daughter, “Baby Girl” Ashlyn of Ghent; mother Marlene (Ken) Kroll of Wood Lake; father, David (Sandy) of Red Wing; brothers, Nels (Jamie) of Lake City and David (Ronda) of Red Wing; sister, Ilah (Chris) Wolter of Crosby, ND; half-brother, Robby Swenning of Red Wing; step brother, Joe (Brenda) Flo of Bay City, WI; step sisters, Deb Flo of Red Wing and Tina (Shawn) Graf of Takoma, WA; mother-in-law, Tory Salamone of Arco; sister-in-law, Tia Salamone of Arco; Nieces and nephews, Rebecca, Jada, Justine, Spencer, Coby, Kiyah, Gabby, Megan and Alexander; also many other relatives and many many friends. He was preceded in death by his grandparents, father-in-law, aunt and uncle. Blessed be the memory Christopher Swenning.

The family of Christopher James Swenning created this Life Tributes page to make it easy to share your memories.

Send flowers to the Swenning family.