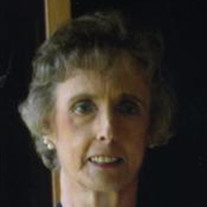 Chaska: Chrysanne M. Lyddon, age 65, of Marshall, formerly of Chaska, passed away at the Minneota Manor on Tuesday, February 15, 2011. Funeral services will be 1:00 P.M. Friday, February 18th at the Shepherd of the Hill Presbyterian Church in Chaska. Burial will be in the Marshall Cemetery. Visitation will be 4:00 P.M. to 8:00 P.M. with a 7:00 P.M. prayer service Thursday at the Hamilton Funeral Home. Visitation will continue at the church on Friday, one hour prior to the service at the church. Chrysanne Mary was born on March 13, 1945 to Clarence and Marion (Seger) Vollmer in St. Paul, Minnesota. She attended rural school near Lake Elmo, until her family moved to St. Louis Park. She graduated from Hopkins High School. Chrysanne married William Tresnak in 1966 and to this union her daughter, Barbara Ann was born. In 1973 she married Marvin Lyddon and to this union her daughter Mary Elizabeth was born. Chrysanne lived in Chaska for thirty five years. She was a faithful member of Shepherd of the Hill Presbyterian Church where she served as an Elder, Deacon, and Sunday School Teacher. She was employed with the Chaska Public Schools as a Para-professional in Special Education. Chrysanne spent many hours volunteering her time. She started a Food Shelf in the basement of her home and was also active with the Meals on Wheels Program. She loved children, especially her grandchildren and was a natural teacher. Chrysanne enjoyed decorating her home, especially at Christmas time. In the Fall of 2008, Chrysanne and Marvin moved to Marshall, MN. She was a member of Christ United Presbyterian Church. Chrysanne died on Tuesday, February 15, 2011 at Minneota Manor. She had reached the age of 65 years, 11 months and 2 days. Chrysanne is survived by her husband Marvin; daughters, Barbara Ann (and Ali) Nehrir of Washington, DC and Mary Elizabeth (and Travis Swanson) of Marshall, MN; stepsons, Frederick Wayne Lyddon of Fortland, Missouri and Warren Keith (an Brenda) Lyddon of Deep River, Iowa; four grandchildren, Payton Swanson, Brock Swanson, Darina Nehrir and Alyssa Lyddon; her sister, Susan (and Duane) Erdman and her brother, Mark Vollmer of Woodbury, MN; also many cousins, nephews and nieces. Chrysanne was preceded in death by her parents; her brother, Steven and sister-in-law, DonnaVollmer. Blessed Be The Memory of Chrysanne M. Lyddon. Memorials are preferred to Christ United Presbyterian Church.

Chaska: Chrysanne M. Lyddon, age 65, of Marshall, formerly of Chaska, passed away at the Minneota Manor on Tuesday, February 15, 2011. Funeral services will be 1:00 P.M. Friday, February 18th at the Shepherd of the Hill Presbyterian Church in... View Obituary & Service Information

The family of Chrysanne Mary Lyddon created this Life Tributes page to make it easy to share your memories.

Send flowers to the Lyddon family.