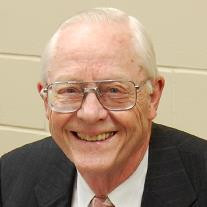 Cliff Hanson, age 83, of Cottonwood, Minnesota, died peacefully on Wednesday, March 6, 2019. Funeral Services are 1:00 p.m. Monday, March 11, 2019, at Living Word Lutheran Church in Marshall, Minnesota. Interment will be at a later date at the Christ Lutheran Cemetery in Cottonwood, Minnesota. Visitation will be held from 4:00 – 7:00 p.m. Sunday, March 10, 2019, at Living Word Lutheran Church in Marshall. A prayer service is scheduled for 6:00 p.m. Visitation will continue one hour prior to the service, from 12:00 – 1:00 p.m., on Monday again at the church. Clifford Raymond Hanson was born to Ancel and Clara (Johnson) Hanson on January 29, 1936, in Lyon County, Minnesota. He was baptized and confirmed in the Lutheran faith. Cliff attended school in Cottonwood and loved playing sports, especially fast pitch softball. Cliff was shy but ambitious and came from a large family where money was not plentiful. To earn on his own while in high school, he worked as a janitor at North Star Mutual. He joined the military, working in the guided missile program, overcame his shyness and by chance returned to North Star. Through hard work and circumstance, he became President of the same company he used to clean. He took pride in delivering personable service to agents and policy-holders and in building a company of integrity that cared for its employees and was family oriented. He retired in 2001 and continued to serve as Chairman of the Board of Directors until 2012 for a total of 58 years of service. Cliff was also honored to serve as Chairman of the Minnesota Association of Farm Mutual Insurance Companies and the National Association of Mutual Insurance Companies. Cliff truly enjoyed his work! On October 26, 1963, Cliff was united in marriage to Susan Hawkinson at Christ Lutheran Church in Cottonwood. The couple had 4 daughters and shared over 55 years of marriage together. Cliff was a servant of God and had a great love for community service. He served as President of the Lions Club and was instrumental in the building of the community center. At Christ Lutheran he served in many leadership positions and was most passionate about connecting with teenagers during the 27 years that he taught Sr. High Sunday School! The Lord blessed him with eloquent speaking skills which he used as a lay minister at local churches. In addition to this service, his hobbies were reading and working in his yard. Gardening and building things brought him great joy as he used this time to “talk to his Creator”. Together they created many spectacular gardens. Clifford Hanson died and entered the gates of Heaven on March 6, 2019, at the age of 83 years. He is now with our heavenly father whom we are certain greeted him with the words “Well done my good and faithful servant”. Cliff is survived by his wife, Sue Hanson of Marshall; 4 daughters, Heidi (Darren) Beck of Cottonwood, Kris (John) Campion of Marshall, Sonya (Geol) Yeadon of Santa Clara, CA, Trudi (Matt) Hansen of Tea, SD; 13 grandchildren; 2 great-grandsons; sister, Alnora Pederson; siblings-in-law, Lloyd Litchy, John Kubiszewski, Mary Hanson, Dee Hanson, Julie & Ron Dearking, Steve & Michele Hawkinson; nieces and nephews, other relatives, and friends. Cliff is preceded in death by his parents, Ancel and Clara Hanson; parents-in-law, Arlo & Arleen Hawkinson; siblings, Harland Hanson, Robert Hanson, Marvin Hanson, Mayme Kompelien, Dorothy Litchy, Mary Schwisow, and Susan Kubiszewski. Memorials are preferred to the family, and they will direct to a charity that was close to Cliff's heart. Thank you.

The family of Clifford Raymond Hanson created this Life Tributes page to make it easy to share your memories.