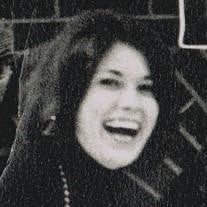 Colleen Knoll, age 66, of Marshall, Minnesota passed away on Saturday, September 3, 2016, at the Avera Morningside Heights Care Center in Marshall, Minnesota. Memorial visitation will be held from 3:00 – 5:00 PM Sunday, September 11, 2016 at the Hamilton Funeral Home in Marshall. Colleen Renea Armitage was born September 11, 1949, in Canby, Minnesota. She was one of five children born to Ralph and Annamae (Fillipi) Armitage. Colleen grew up in Canby and was baptized and confirmed at St. Olaf Presbyterian Church. She attended school in Canby, graduating with the class of 1967. She continued her education at college in the Twin Cities before moving to Colorado. In 1979, Colleen returned to Canby and moved her young family to Marshall in 1982. She worked for Norwest Bank in Marshall for 15 years and then Norcraft for another 15 years. She went on to work at Goodwill in Marshall for 12 years before her retirement. She enjoyed knitting, puzzles, going for walks, gardening, watching the Vikings, and anything Nutcracker. Colleen Knoll died on Saturday, September 3, 2016, in Marshall, Minnesota, just 8 days before her 67th birthday. Blessed be her memory. She is survived by her two daughters, Terra (and Scott) Guetter of Ironton, Amber (and Joe) Black of Marshall; eight grandchildren, Devin, Isiah, Jacob, James, Abbigail, Olivia, Camden, Ethan; four siblings, Sandy (and Paul) Syltie of Volga, SD, Jenny (and Gary) Rains of Aurora, CO, Lance (and Doris) Armitage of Canby, Kerwin (and Luann) Armitage of Tracy; nieces, nephews, other relatives and friends. Colleen was preceded in death by her parents, Ralph and Ann Armitage.

The family of Colleen Renea Knoll created this Life Tributes page to make it easy to share your memories.

Colleen Knoll, age 66, of Marshall, Minnesota passed away on...

Send flowers to the Knoll family.