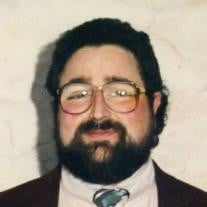 Craig Sheldon Stern, age 57, of Marshall, passed away Tuesday, January 13, 2015, at his home. Memorial services are Friday, January 16, 2015, 2:00 PM at the Hamilton Funeral Home in Marshall. Visitation will be held ½ hour prior to the service on Friday, from 1:30 – 2:00 PM, at the funeral home. Craig Sheldon Stern was born on April 16, 1957, in Granite Falls, Minnesota. He was the son of Leo and Dorothy (Smith) Stern. Craig graduated from Granite Falls High School in 1974 and then furthered his education at Southwest State University in Marshall. On May 24, 1980, Craig was united in marriage to Lynn Otterness in Waseca, Minnesota. The couple eventually made their home in Marshall. Craig was a long-time caregiver for Lynn. Upon her retirement, Craig was able to realize his life passion as a cook at the Chalet, Naomi’s and Mason’s in Tracy prior to his retirement in 2007. He enjoyed cooking and providing for others by volunteering his time and talents. Craig liked the outdoor life of camping and fishing. He embraced the love of family and friends and was always pleased to spend time with his nieces and nephews. Craig died on Tuesday, January 13, 2015, in Marshall, Minnesota at the age of 57 years, 8 months and 28 days. Blessed be his memory. Craig is survived by his wife, Lynn Stern of Marshall; mother, Dorothy Stern of Wabasha; sister, Marie (Gordy Jr.) Aune of Brooklyn Park; brothers, David (Lonnie) Stern of Alexandria, Leland (Pam) Stern of Phoenix, AZ, John Stern of Wabasha; nephews, nieces, many other loving relatives and friends. Craig is preceded in death by his father, Leo Stern; infant brother; father-in-law, Norvin Otterness; and brothers-in-law, Kevin and Craig Otterness. Memorials are preferred to the Marshall Area Food Shelf or the Lakeview Companion Animal Clinic in Cottonwood.

Craig Sheldon Stern, age 57, of Marshall, passed away Tuesday, January 13, 2015, at his home. Memorial services are Friday, January 16, 2015, 2:00 PM at the Hamilton Funeral Home in Marshall. Visitation will be held ½ hour prior to the service... View Obituary & Service Information

The family of Craig Sheldon Stern created this Life Tributes page to make it easy to share your memories.

Send flowers to the Stern family.