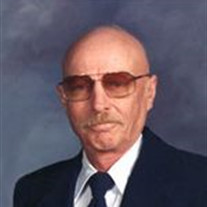 Curtis Nylen, age 65, of Marshall, passed away Sunday, October 28, 2007 at Avera McKennan Hospital in Sioux Falls. Funeral services will be 2:00 P.M. Thursday, November 1, 2007 at Christ Evangelical Lutheran Church. Burial will be in the Marshall Cemetery. Visitation will be 4:00 P.M. to 8:00 P.M. Wednesday at the Hamilton Funeral Home. Visitation will continue at the church on Thursday, one hour prior to the service. Curtis Oscar Nylen was born to Oscar D. and Lucille L. M. (Pochardt) Nylen on April 19, 1942 in Minneota, Minnesota. He was baptized and confirmed at Christ Evangelical Lutheran Church in Marshall, and attended Marshall High School. In 1962, Curtis was united in marriage to Sharyl Danielowski at the Lutheran Church in Revere, Minnesota. To this union two children were born, namely; Chad and Chris. Curtis worked as a truck driver and heavy equipment operator. He worked for Don Olin , Ted Anderson, Spencer Anderson, Ace Lines, and various other firms. Curtis died at the Avera McKennan Hospital in Sioux Falls on Sunday, October 28, 2007. He had reached the age of 65 years, 6 months and 9 days. He is survived by his mother, Lucille of Marshall; brother, Dean (and Donna) Nylen of Willow River, Minnesota; and many other relatives and friends. He was preceded in death by his father and his two sons. Curtis was a member of the National Rifle Association and was a gun enthusiast and collector. He also enjoyed woodcarving (especially Diamond Willow Canes) and tooling leather. His was a life long member of Christ Evangelical Lutheran Church. Blessed Be The Memory Of Curtis Nylen

The family of Curtis Oscar Nylen created this Life Tributes page to make it easy to share your memories.

Send flowers to the Nylen family.