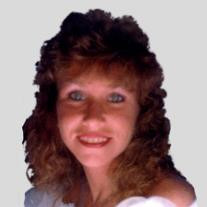 Cyneva “Cyndi” Youngblood, age 61, of Marshall, Minnesota, passed away on Monday, February 12, 2018, at her home in Marshall. Memorial Services are 10:30 a.m. Saturday, March 3, 2018, at the Hamilton Funeral Home in Marshall. Following the service, a reception for attendees will follow. Visitation will be held one hour prior to the service, from 9:30 – 10:30 a.m., Saturday (March 3) at the Hamilton Funeral Home. Cyneva “Cyndi” Mae Swenson was born to Silas and Cleo Swenson of Richmond, Virginia, on May 3, 1956. She grew up with her three big brothers in Richmond and graduated from Bermuda Academy in Chester, Virginia. Cyndi lost her mother when she was a teenager and grieved for her deeply. She often talked about them reading the Bible together and her mother's positive influence in her life. Cyndi worked as a Candy Striper as a teenager and later became a Certified Nursing Assistant. She worked in a nursing home and genuinely enjoyed taking care of elderly patients. Cyndi finally met the love of her life, Ken Youngblood, in 1989 while they were both working at the VA Hospital in Tampa, Florida. They were married on July 3, 199,3 and lived in Oldsmar, Florida, until they moved to Marshall, Minnesota, in 2012. Their move was the beginning of a “new chapter” in their lives. They attended gospel meetings which gave them new hope, joy, and inner peace. Together Ken and Cyndi committed their lives and made their choice to serve the Lord on June 27, 2014. They were baptized in October the same year. Ken and Cyndi have had multiple medical challenges throughout their married life. Cyndi had medical testing done with many unanswered questions this past year. They have been notably very devoted to each other in every experience they have faced and have been each other’s best friend and caregiver. Cyndi quietly passed away in her sleep on February 12, 2018, at the age of 61 years, 9 months, and 9 days.   Cyndi is survived by her loving husband, Ken of Marshall; two brothers, Roger of Richmond, VA, and James (wife Cindy) of Midlothian, VA; sister-in-law, Melissa (of the late John Swenson) Swenson of Midlothian, VA; stepmother, Polly Swenson of Richmond, VA; nephews and nieces, Tyler, India, Jamie, Luke, Jordan, Noel, Ryan, Eyreka, Heather, Holly; uncles and aunts, Aunt Lavina of Texas, Uncle Earl and Aunt Bergit of Oklee, MN, Uncle Ray and Aunt Barbara of Brooks, MN; and many caring cousins and friends. Cyndi was preceded in death by her parents and her brother, John.

The family of Cyneva Mae Youngblood created this Life Tributes page to make it easy to share your memories.

Send flowers to the Youngblood family.