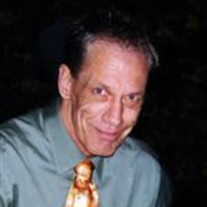 Dale Erickson, age 49, of Marshall, died at the Avera Marshall Medical Center on Tuesday, February 26, 2008 after a courageous battle with cancer. Funeral Services will be held at the Holy Redeemer Catholic Church in Marshall on Friday February 29 at 10:30 a.m., with a visitation from on Thursday, February 28 from 5:00pm – 7:00pm. A prayer service will be held at 5:00 PM on Thursday. Burial will be in the Calvary Catholic Cemetery. Arrangements are with the Hamilton Funeral Home, 507-532-2933. Dale Allan Erickson was born on January 12, 1959 in Slayton, Minnesota, to Harold and Lucille (Hanno) Erickson. He was baptized, received first communion, and was confirmed at St. Ann’s Catholic Church in Slayton. Dale attended West Elementary in Slayton and graduated from Slayton High School in 1977. He attended the Pipestone vocational school (now known as Minnesota West) and graduated in 1978. On July 14, 1979, Dale was united in marriage to Mary Raph in Pipestone. Dale worked for Luverne Savings and Loan and Worthington Ford before a car crash in 1985 left him a quadriplegic, yet still full of life. He then enrolled at Southwest State University to take part in classes and many wheelchair sporting events. Dale excelled in wheelchair softball, rugby, and basketball – receiving many gold medals in rugby and becoming a proud member of the National Wheelchair Softball Hall of Fame in 2007. He was also a 2-time Team USA member during the Stoke Mandeville competitions in England. Dale was a 10-time National Champion with the St. Paul Rolling Thunder softball team and was selected to the National All Tournament Team 5 times. He was very proud of his many achievements. Dale also loved to help others. He was founder of MAYBA (Marshall Area Youth Baseball Association) and very involved with baseball in the community. He was also the honored coach of the SMSU wheelchair basketball team for the past 9 years. Dale worked with Impact I.D. Scan and was a member of Holy Redeemer Catholic Church. Beyond all else, family was his love and his life. Dale is survived by his wife, Mary, of Marshall; son, Landon (and Melissa) Erickson of Tracy; daughter, Brittnee Erickson (and Adam Trollman) of Marshall; a grandchild on the way; a brother, Stan (and Marcia) Erickson of Westbrook; brother-in-law, Steve (and Sharon) Raph of Sioux Falls, SD; along with many other family and friends. He was preceded in death by his parents, Harold and Lucille. Blessed be the memory of Dale Erickson.

Dale Erickson, age 49, of Marshall, died at the Avera Marshall Medical Center on Tuesday, February 26, 2008 after a courageous battle with cancer. Funeral Services will be held at the Holy Redeemer Catholic Church in Marshall on Friday February... View Obituary & Service Information

The family of Dale Allan Erickson created this Life Tributes page to make it easy to share your memories.

Dale Erickson, age 49, of Marshall, died at the Avera Marshall...