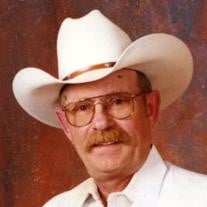 David DeVlieger, age 68, of Marshall, Minnesota, passed away on Monday, September 5, 2016, at the Heritage Pointe Senior Living in Marshall. Memorial Services are at 6:30 PM Friday, September 16, 2016 at the Hamilton Funeral Home in Marshall. Interment will be in the Calvary Catholic Cemetery in Marshall. Visitation will be held one hour prior to the service, from 5:30 – 6:30 PM Friday, at Hamilton Funeral Home in Marshall. Clergy Officiating: Rev. Scott Fuller Military Honors: Marshall American Legion, Post #113 David DeVlieger was born on May 31, 1948, in Ghent, Minnesota. He was the son of Joseph and Mary (Stienessen) DeVlieger. David was baptized, received first communion, and was confirmed at St. Eloi Catholic Church in Ghent, Minnesota. He attended school in Marshall, graduating with the high school class of 1966. He went on to further his education at ITT Technical School, studying in telecommunications. On October 18, 1968, David was enlisted in the United States Army and served in Vietnam. He received his honorable discharge February 3, 1970, and returned home. David was united in marriage to Debra Rokeh on January 24th, 1976. The couple spent 19 years together and raised two children, Lisa and Wade. He lived most of his life on a farm near Wood Lake. After living in Marshall and Cottonwood, David lived in Brookings, SD from 2001 until last year. He did a lot of traveling for work. He worked for McLaughlin & Schultz early on and then spent many years on the road as a business telecommunications engineer for Siemens Stromberg Carlson. David loved horses. He trained and broke quarter horses on his farm and continued going to rodeos and horse shows long after. He was a very hardworking man, yet thrived when spending time with his grandchildren. David DeVlieger passed away on Monday, September 5, 2016, at the age of 68 years, 3 months, and 5 days. Blessed be his memory. He is survived by his children, Lisa (and Jamie) Luckhardt od Marshall, Wade (and Kelsey) DeVlieger of Fargo, ND; 6 grandchildren, Brianna, Braden, Brielle, Brantley Luckhardt, Connor, Kaelyn DeVlieger; 4 siblings, Delbert (and Barb) DeVlieger of Nashville, TN, Donny (and Maureen) DeVlieger of Marshall, Delores (and Tom) Stienfeld of Mitchell, SD, Dennis (and Mary Lou) DeVlieger of Marshall; nephews, nieces, other relatives and friends. David is preceded in death by his parents, Joseph and Mary DeVlieger.

The family of David Edward DeVlieger created this Life Tributes page to make it easy to share your memories.

Send flowers to the DeVlieger family.