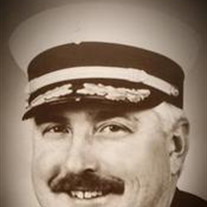 Marshall: David Marks, age 65, of Marshall, passed away at the Prairie Home Hospice on Monday, March 25, 2013. Mass of Christian Burial will be 9:30 A.M. Thursday, March 28, 2013 at Holy Redeemer Catholic Church. Visitation will be 4:00 P.M. to 8:00 P.M. with a 6:00 P.M. prayer service followed by a rosary service on Wednesday at the church. Visitation will continue at the church on Thursday, one hour prior to the service. David Raphael was born on July 14, 1947 in Marshall, Minnesota to parents Ray and Evelyn (Izajic) Marks. He was baptized, received First Communion and was confirmed at St. Michael’s Catholic Church in Milroy. He graduated from the Milroy High School. On July 30, 1968, David entered the United States Army and served his country until his honorable discharge on March 24, 1970. On November 18, 1983, David was united in marriage to Sherry Castle. To this union a daughter, Ashley was born. They made their home in Marshall where David worked for the Marshall Utilities from February 28, 1983 until retiring August 28, 2009. He was a firefighter for the Marshall Fire Department from October 3, 1974 to July 3, 2000, serving as Fire Chief July 1, 1989 to July 3, 2000. David was also a member of the Minnesota State Fire Chief Association from 1974 to 2001. David served on the board and was secretary of West Central Firefighters Association for 13 years. He started the Lyon County Mutual Aid Association and was instrumental in getting the Merit Center going, as well as building the first base for the Marshall Ambulance. His enjoyments included spending time at his cabin on Lake Shetek and taking people out on pontoon rides. He was passionate about the fire department and spent many hours working on the 1916 Pierce fire truck. He was a faithful member of Holy Redeemer Catholic Church, the American Legion, Veterans of Foreign Wars and the Fraternal Order of Eagles. He is survived by his daughter, Ashley Marks of St. Paul; mother, Evelyn Marks of Milroy; eight siblings, Roger (Delores) Marks of Brainerd, Tom Marks of Milroy, Steve (Kathy) Marks of Northfield, James (Sue Sik) Marks of Tracy, Jerry, of Milroy, Kenneth (Lynette) Marks of Detroit Lakes, Mary (Robert) Parsons of Fairbanks, AK and Cathy (Nate) Bennyhoff of Osseo; grand puppy, Buddy of St. Paul; and many other relatives and friends. He was preceded in death by his father, Ray and brother, Leonard. Blessed be the memory of David R. Marks.

The family of David Raphael Marks created this Life Tributes page to make it easy to share your memories.

Marshall: David Marks, age 65, of Marshall, passed away at the...

Send flowers to the Marks family.