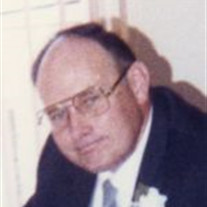 Ghent: David S. Steely, age 72, of rural Ghent died at his residence Saturday, March 13, 2010 after losing a battle with cancer. No services will be held. Dave was born to William and Jennie (Saltzer) on May 16, 1937 in Lykens, Pennsylvania of Pennsylvania Dutch Heritage of which he was very proud of. He was baptized at the House of Lykens Home, and confirmed and received first communion at St. Peters Evangelist Reformed Church. On March 26, 1961, he was united in marriage to Joyce Diane Hasse at Toms River, New Jersey. After college he took a job with the Federal Government as a USDA Poultry Product Grader and Egg Inspector, a position he held for 33 ½ years winning him many awards. Dave retired in 1992 devoting most of his time to his yard and garden which he loved doing. Growing fruit trees (apples were his specialty) and large amounts of vegetables, giving most of what he grew to friends and food shelves through the years. He also enjoyed traveling and camping, coin collecting and family genealogy. Dave died at his residence Saturday, March 13, 2010 after losing a battle with cancer. He had reached the age of 72 years, 9 months and 26 days. He is survived his wife, Joyce; three daughters, Diane M. Steely-Brown, of Eatontown, NJ, Debra A. Deatherage, of Corvallis, OR and Denise L. Parchen, of Bronx, NY; four grandchildren, Michael A. Parchen, William A. Scott and Katherine M. and Adam Steely-Brown; and one sister, Betty Cassell, of Baltimore, MD. Dave was a member of Wesley Methodist Church. He was preceded in death by his parents, four sisters and one brother. Blessed be the memory of David Samuel Steely. Hamilton Funeral Home 507-532-2933 If you wish to make a donation in his memory, please consider Prairie Home Hospice of Marshall, MN. There will be no funeral or memorial services. His remains will be taken to Sacramento, PA, where his parents are buried. A small private service to remember Dave will be held for family and friends at a later date.

Ghent: David S. Steely, age 72, of rural Ghent died at his residence Saturday, March 13, 2010 after losing a battle with cancer. No services will be held. Dave was born to William and Jennie (Saltzer) on May 16, 1937 in Lykens, Pennsylvania... View Obituary & Service Information

The family of David S. Steely created this Life Tributes page to make it easy to share your memories.

Send flowers to the Steely family.