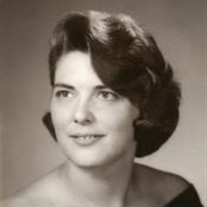 Marshall: Dianne L. Zylstra, age 73, of Marshall, formerly of Worthington. Celebration of Dianne’s life will be 2:00 P.M. Tuesday, June 18th at First Lutheran Church in Marshall. Visitation will be one hour prior to the service. Dianne Launa Zylstra, wife, mother, grandmother, teacher, artist, and lover of life passed away at the much too young age of 73 on Thursday, June 13, 2013. Dianne was born on October 21, 1939, in Sioux Valley, MN to Wallace and Leona Stofferahn. The oldest (and she would say best) of Wally and Leona’s seven children, Dianne took pride in taking care of her younger brothers and sisters, helping raise them while her dad and mom worked night and day shifts and making sure they knew of the necessity of green olives in tuna salad sandwiches. Dianne graduated from Worthington Senior High School in 1957. However, Dianne always said that “pomp and circumstance” was her favorite song. Accordingly, she graduated from numerous institutions with numerous degrees. Dianne was a graduate from Worthington Junior College (A.A.); Southwest State University’s charter class (B.A.); and St. Thomas University (M.A.). Dianne had multiple careers in her life. First, she began as a secretary at Worthington Junior College then taking a job at Honeywell, Inc. in the 1960’s where she was a secretary for the missile defense program with “Top Secret” security clearance and frequently handcuffed a briefcase full of missile plans to her wrist. While in Minneapolis, Dianne met a fellow Worthington native, Clarence Zylstra and married him on December 17, 1966. In 1976, Dianne’s only child, Joel, was born. Dianne embarked on her second career as a teacher in Tyler, Minnesota in the 1970’s. Dianne began as a kindergarten teacher, moving to first grade and in 1981 after obtaining her master’s degree in special education had the dubious distinction of becoming what she would call an “emotionally disturbed teacher.” Dianne continued to teach in Tyler her entire career where she also enjoyed being the RTR yearbook advisor and playing pranks on her fellow teachers. Dianne retired from teaching in 2001. In retirement, Dianne rediscovered her love of painting. Additionally, Dianne enjoyed volunteering at MAFAC, reading voraciously, traveling, collecting music boxes and crystal candle sticks. Dianne and Clarence also hosted seven foreign exchange students after her retirement all of which she considered her adopted children. In 2006, Dianne’s grandchild, Nicholas was born. Wanting to spend as much time with him as she could, Dianne uprooted herself for eighteen months and moved to South Minneapolis and a one-bedroom apartment, taking care of her beloved Nick during the day and introducing him to music, art, and a love of cinnamon and sugar doughnuts from the local bakery. Dianne is survived by her husband, Clarence, of Marshall; son, Joel of Apple Valley; grandson, Nicholas; six siblings, Marlis (C. Gary) Ling of Round Lake, David (Elizabeth) Stofferahn of St. Paul, Mark (Karen) Stofferahn of Woodbury, Michael (Heidi) of West Olive, Michigan, Lynn (Jeff) Spessard of New Ulm, and Brian Stofferahn of Eden Prairie as well as many other relatives and friends. Dianne was preceded in death by her parents Wally and Leona; paternal grandparents, August and Alma Stofferahn; maternal grandparents, Hans and Bertha Bunning; mother and father-in-laws, Margaret and Joe Zylstra; brother-in-law Robert Zystra; and sister-in-law, Barbara Zylstra. Blessed be the memory of Dianne Zylstra.

Marshall: Dianne L. Zylstra, age 73, of Marshall, formerly of Worthington. Celebration of Dianne&#8217;s life will be 2:00 P.M. Tuesday, June 18th at First Lutheran Church in Marshall. Visitation will be one hour prior to the service.... View Obituary & Service Information

The family of Dianne Launa Zylstra created this Life Tributes page to make it easy to share your memories.

Send flowers to the Zylstra family.