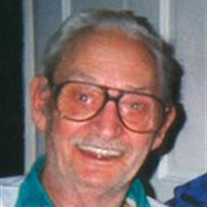 Donald “Dobber” Fox. Age 84, of Minneota, passed away at his residence on Sunday, March 15, 2009. Funeral services will be 2:00 P.M. Friday, March 20, 2009 at the Hamilton Funeral Home. Burial will be in the Trinity Lutheran Cemetery in Balaton. Visitation will be funeral home one hour prior to the service. www.hamiltonfh.com. Donald “Dobber” Nicholas Fox was born to parents Vernon M. and Magdalene (Zupfer) Fox on June 5, 1924 in Gales Township, Redwood County, Minnesota. Donald was baptized at St. Edward’s Catholic Church in Minnesota. He left school at the age of 11 so that he could support the family. He spent several summers with grandma Zupfer on the farm near Milroy. While he still was a teenager he went to Milwaukee with his uncles. It is where he acquired his sharp pool playing skills. He then went west and worked at the shipyards. He was entered the Navy and served until his discharge in 1945. On his first night home from the Navy he met his future wife, Mabel Swanson. Four children were born to this union, Barbara, Judy, Becky and Donnie Jr. They settled in Minneota. Don was working with his father at that time as a painter. From there he worked as a plumber, A.B. Produce, Dr. Kerr’s hatchery, and then worked for Gunderson Construction for over 20 years. He then worked for Donaldson Roofing and then for Gemelke’s Roofing where he worked while still in his 70’s. Donald attended various churches throughout his lifetime. He dedicated his life to God at a Lowell Lundstrom Revival Service. He loved listening to the Lord’s music and worshiping in his home with church services televised on TV. He was a hard worker and enjoyed many hobbies. He was an excellent carpenter and made many shelves, stools, etc. He enjoyed playing cards, especially Pinochle. He was an excellent pool player and loved it when friends would stop by for a competitive game. He loved to fish, hunt and gardening. He especially took pride in his flowers. His daily routine was a walk to CJ’s for socializing and his two beers. He enjoyed his retirement years immensely! If he wasn’t sitting on his deck enjoying the fresh air he could be found at his favorite spot on his easy chair, where he spent endless hours playing solitaire and watching television. Donald passed away peacefully on Sunday, March 15, 2009 at his home. He had reached the age of 84 years, 9 months and 15 days. He is survived his two daughters, Barbara (Jerry) Gould of Cottonwood and Judy (David) Holey of Marshall; eight grandchildren; nine great grandchildren; nine siblings, Lucille Erickson of Rapid City, SD. Edward (Evie) Fox of Brainard, Joseph (Pat) Fox of Clearwater, FL, Lawrence (Regina) Fox of Minneota, Dorthy (Jack) Boerner of Iver Grove Heights, Leo (Charlene) Fox of Apple Valley, Vernon Fox of Hastings, Pauline (Charles) Sullivan of Washington, DC and Sharon (Bernie) Mclaughlin of Apple Valley; also many other relatives and friends. He was preceded in death by his parents; his wife of many years, Mabel; two children, Becky Fox and Donald Fox Jr.; sister, Irene Citrowske; and two brothers, Lloyd and Eugene Fox. Blessed Be The Memory of Donald “Dobber” Fox

The family of Donald N. Fox created this Life Tributes page to make it easy to share your memories.

Send flowers to the N. family.