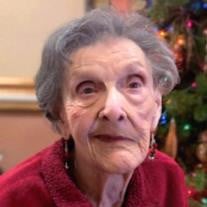 Dorothy Rehfeld, age 88, of Marshall, Minnesota, passed away on Wednesday, February 13, 2019, at Avera Morningside Heights Care Center in Marshall, Minnesota. Funeral Services are 11:00 a.m. Monday, February 18, 2019, at First Lutheran Church in Marshall. Burial will be Tuesday, February 19, 2019, at Ft. Snelling National Cemetery in Minneapolis, Minnesota. Visitation will be held one hour prior to the service, from 10:00 – 11:00 a.m., on Monday at the church. Dorothy Marie Mielke was born on March 18, 1930, to William and Jenny (Alkire) Mielke in Morgan, Minnesota. She grew up in Morgan and was baptized and confirmed in the Lutheran faith. Dorothy attended Morgan High School, graduating in 1948. She went on to work as a waitress in Rochester, Minnesota. On October 31, 1951, Dorothy was united in marriage to Warren Rehfeld in Redwood Falls. They made their home in Georgia, where Warren served in the military, before moving to to Vesta, Minnesota. The couple farmed for several years in the Vesta and Marshall areas. While in Marshall, Dorothy worked as secretary at SuperValu. The couple shared over 21 years of marriage together before Warren’s death in 1972. When Dorothy needed more assistance with her daily care, she moved into Morningside Heights care center in Marshall in 2002. Dorothy’s enjoyments in life included time spent baking, being artistic, crocheting and knitting, playing cards or bingo, and watching birds – especially cardinals. She loved cheering on all Minnesota sports teams, her favorite being the Minnesota Twins. Dorothy was also a member of First Lutheran Church in Marshall. Dorothy Rehfeld died on February 13, 2019, in Marshall, Minnesota, at the age of 88 years, 10 months, and 26 days. Blessed be her memory. Dorothy is survived by her 2 children, Charlene (Gary) Sanow of Marshall, Debbie (Jim) Beckman of Lakeville; 5 grandchildren, Aaron (Jackie) Sanow of Russell, Caitlin (Joseph) Baudhuin of Collierville, TN, Jamie (Lee) Bossuyt of Marshall, Adam (Shannon) Beckman of Lakeville, Heather Beckman (Jayme Miller) of Rosemount; 10 great-grandchildren; nieces, nephews, other relatives and friends. Preceding her in death were her parents, William and Jenny; husband, Warren; and grandson, Corey Sanow.

The family of Dorothy Marie Rehfeld created this Life Tributes page to make it easy to share your memories.

Send flowers to the Rehfeld family.