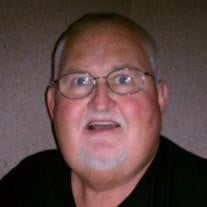 Doug Swoboda, age 66, of Marshall, passed away on Wednesday, October 21, 2015, at the Prairie Home Hospice House in Marshall. Mass of Christian Burial is 10:00 AM Saturday, October 24, 2015 at St. Eloi Catholic Church in Ghent. Interment will follow in the St. Eloi Catholic Cemetery in Ghent. Visitation will be held from 4:00 – 8:00 PM Friday, October 23, 2015 at the Hamilton Funeral Home in Marshall. A CCW Rosary will be held at 4:00 PM and a prayer service is scheduled for 7:00 PM. Visitation will continue one hour prior to the service, from 9:00 – 10:00 AM, on Saturday at the church. Clergy Officiating: Rev. Father Craig Timmerman Musician: Alison Swoboda Lector: Larry Doom Casket Bearers: John Head, Don Wertish, Stan Malacek, Chuck Molenaar, Bob Sussner, Wally Lundquist The world lost a real character in Douglas Joseph Swoboda on October 21, 2015. Born 9 June 1949 in Redwood Falls, Doug was a beloved husband, father, grandfather, and best friend to many. Doug’s greatest love was perhaps working in agriculture, which began on his family farm in Danube. He devoted his life to the support of farmers by working with Green Giant canning factory and Big Stone Canning in Glencoe and Ortonville respectively, Dairyland Seed and Farm Credit Services in Marshall, and finally at the Lyon County Farm Service, JV in Ghent. He may be the first man to lie on his deathbed and wish he had gotten to work one more 70-hour week. A proud Bohemian and Catholic, Doug was very proud of his roots at St. Mary’s Church in Bechyn and loved working the Czech Festival each summer. Other organizations he served with include the Jaycees, St. Eloi Church Council, Knights of Columbus, the Relay-for-Life Cancer Walk and any activity his kids were involved in which could use his “guidance.” In Doug’s 66 years on this earth, he defiantly survived a tornado, being struck by lightning, heart stint surgeries, a brain tumor, and B-cell lymphoma. He passed away after a fast battle with Alzheimer’s disease and was surrounded by his family telling their best “You Might Be Doug If….“ jokes in the days leading up to his death. In the end, it was just he and Brenda Lee, just as he always preferred it to be. He joins his father Earl, his sister Nancy, and his mother-in-law Marion Wignes in Heaven and they are surely playing a loud game of Schnozzle by now. Doug reached the age of 66 years, 4 months, and 12 days. Blessed be his memory. He is survived by wife, Brenda Swoboda of Marshall; son, Chris (Laura) Swoboda of Minneota; daughter, Bree (Scott) Anderson of Minneota; daughter, Nikki (Ben) Swoboda Theisen of Maple Grove; mother, Stasia Swoboda of Little Falls; brother, Galen (Anna) Swoboda of Little Falls; six wonderful grandchildren, Carter-8, Logan-8, Jacob-3, Rose-2, Lynnea-2, Lily-1; nieces and nephews; the Danube Crew; and the scores of farmers and families he loved and supported with his whole heart. In lieu of flowers, memorials are preferred to the St. Eloi elevator fund, Hope Lutheran’s G.L.O.W. (in Minneota), and Prairie Home Hospice of Marshall. The family invites attendees to the church basement for a luncheon following the committal service.

Doug Swoboda, age 66, of Marshall, passed away on Wednesday, October 21, 2015, at the Prairie Home Hospice House in Marshall. Mass of Christian Burial is 10:00 AM Saturday, October 24, 2015 at St. Eloi Catholic Church in Ghent. Interment will... View Obituary & Service Information

The family of Doug Joseph Swoboda created this Life Tributes page to make it easy to share your memories.

Doug Swoboda, age 66, of Marshall, passed away on Wednesday,...

Send flowers to the Swoboda family.