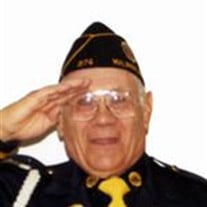 Cottonwood: Earl Patrikus, age 74, of Cottonwood and formerly of Milroy, passed away suddenly on Friday, January 9 2009 at the Granite Falls Municipal Hospital. Funeral services will be 11:00 A.M. Wednesday, January 14, 2009 at the Hamilton Funeral Home in Marshall. Military Honors furnished by American Legion Post 274 of Milroy. Burial will be in the Milroy City Cemetery. Visitation will be 9:00 A.M. until the time of the service at the funeral home on Wednesday. Condolences may be sent to www.hamiltonfh.com. Earl Everett Patrikus was born to Carl and Martha (Warnke) Patrikus on April 30, 1934 in Montevideo. He grew up on the home farm in Posen Township, Yellow Medicine County. He attended Wood Lake Public school (grades 1-6), St. Lukes Lutheran School in Posen Township (grades 9-12) and graduated from Wood Lake High School in 1952. In 1951 he was a delegate for the American Legion Boys State sponsored by the Wood Lake American Legion Club. Earl entered the United States Army on March 26, 1957, completed his basic training at Fort Chaffee, AR and went to radio repair school at Fort Gordon, GA. He was assigned to 3rd Army headquarters in Fort McPhearson, GA until her received his honorable discharge on March 25, 1959.On February 10, 1961, Earl was united in marriage to Mary Andriash of Belfield, North Dakota. They made their home in Posen Township where he farmed and operated a welding and repair shop. He was a member of the Wood Lake and now member of the Milroy American Legion Post 274 which he was the Vice Commander for one year and Commander for four years. He also was the Commander of the Redwood County Council of the American Legion. He was a member of the Farm Bureau and served as the Director from the Twp., was on the Wood Lake Centennial Committee in 1984 and compiled the Wood Lake History Book, and was director and chairperson for the Yellow Medicine Co. Historical Society. He was of Christian faith and was a member of a weekly Bible study in the Wood Lake area. He together with Mary and Alice are musicians and played in four bands (entertaining in many nursing homes and community events for 25 years) and presently are with Milroy’s 3 Flats and a Spare band. Earl passed away suddenly at the Granite Falls Municipal Hospital on Friday, January 9, 2009. He had reached the age of 74 years, 8 months and 10 days. He is survived by his wife, Mary of Cottonwood; daughter and son-in-law, Alice and Bill Mahlmann of Milroy; and special friends who became family, Kay and Jessica Wilson and many other friends. He was preceded in death by his parents. Blessed be the memory of Earl E. Patrikus.

Cottonwood: Earl Patrikus, age 74, of Cottonwood and formerly of Milroy, passed away suddenly on Friday, January 9 2009 at the Granite Falls Municipal Hospital. Funeral services will be 11:00 A.M. Wednesday, January 14, 2009 at the Hamilton... View Obituary & Service Information

The family of Earl E. Patrikus created this Life Tributes page to make it easy to share your memories.

Send flowers to the Patrikus family.