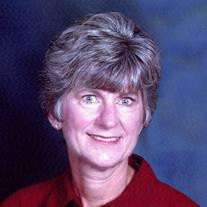 Eileen Bitker, age 68, formerly of Lucan, Minnesota, died on Thursday, February 21, 2019, at the Prairie Home Hospice McLaughlin House in Marshall, Minnesota. Funeral Services are 11:00 a.m. Tuesday, February 26, 2019, at the Hamilton Funeral Home in Marshall, Minnesota. Following a reception, interment will be in the Redwood Falls Cemetery. Visitation will be held from 5:30 – 8:00 p.m. Monday, February 25, 2019, at the Hamilton Funeral Home in Marshall. A prayer service is scheduled for 7:00 p.m. Visitation will continue one hour prior to the service, from 10:00 – 11:00 a.m., on Tuesday again at the Hamilton Funeral Home. Eileen Kay Berges was born on October 2, 1950 to Leonard and Waneta (Nielsen) Berges in Tyler, Minnesota. She grew up in the Marshall and Pipestone areas, was baptized in Ruthton and confirmed in Holland, both in the Lutheran faith. After her family moved to Coon Rapids, Minnesota, Eileen finished High School there before attending St. Cloud State University where she received a degree in Business Education. She went on to earn a master’s degree from Mankato Minnesota State University. On August 5, 1972, Eileen was united in marriage to Dennis LeRoy Bitker in Coon Rapids. They then farmed in rural Lucan. Eileen worked for Equitable Insurance Company and then, in the mid-1990s, worked at Southwest Minnesota State University in Marshall. She retired in 2007. Dennis passed away in September of 2009 after they shared 37 years of marriage together. Eileen had a strong faith and was an active member of Our Savior’s Lutheran Church in Milroy. She also served on the Milroy School Board. She was an organized woman; private and independent and a bit of a party planner. She always had time to feed those in her home; she enjoyed baking and cooking. Her other enjoyments in life included gardening, shopping and spending time with friends and family – especially her grandchildren. Soaking up the sun was her passion – she was often found in her lounge chair on the dock at the lake or on a beach in South Carolina. Eileen Bitker died on February 21, 2019, in Marshall, Minnesota at the age of 68 years, 4 months, and 19 days after battling Huntington’s Disease for many years. Blessed be her memory. Eileen is survived by her 3 children, Jason Bitker (Ashley Aubert) of Slayton, Nick (Heidi) Bitker of Lucan, Melanie Bitker of Marshall; mother, Waneta Shriver of Marshall; 8 grandchildren, Taylor, Maysa, Jaelyn, Meghan, Kinsley and Emersyn Bitker, Colton and Chant Mitchell. 4 siblings, Gary Berges of Champlin, Sharon Buckley of Lakeville, Joyce (Ange) Sireno of Lexington, SC, Marlys (Tom) Mohs of Burnsville; nieces, nephews and other relatives and friends. Preceding her in death were her father, Leonard; husband, Dennis; and step-father, Henry Shriver.

The family of Eileen Kay Bitker created this Life Tributes page to make it easy to share your memories.

Send flowers to the Bitker family.