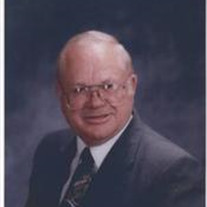 Marshall: Emroy J. Biteler, age 78, of Marshall, formerly of Flandreau SD, Colman SD and Tracy, MN, passed away at Sanford Medical Center in Sioux Falls, SD on Saturday, May 11, 2013. Funeral service will be 11:00 A.M. Wednesday, May15th at St. Stephen Lutheran Church in Marshall. Visitation will be 4:00 P.M. to 8:00 P.M. with 7:00 P.M. prayer service Tuesday, May 14th at Hamilton Funeral Home. Visitation will continue at the church on Wednesday, one hour prior to the service. Burial will be in the Woodlawn Cemetery in Sioux Falls. Military honors will be furnished by American Legion Post 113. Emroy John was born on November 15, 1934 in Flandreau, SD to Homer and Mae (Spaulding) Biteler. He was baptized and confirmed at the Methodist Church in Flandreau. After graduating from Flandreau High School in 1952, Emroy went on to attend Dakota State University. He taught rural school near Elkton in Brookings County, then moved to Coleman, SD and taught 7th & 8th grade. He then moved to Tracy in 1959 where he continued to teach until his retirement in 1997. Emroy was a member of the National Guard for 23 years. He also sold Miracle Maid Cookware where he became a top salesman. On March 27, 1954, Emroy was united in marriage to JoAnn Ehret. To this union three children were born: LeRoy, Douglas and Nancy. Emroy married Jean Dunn on July 27, 1977. During his life, Emroy enjoyed lawn & garden work, keeping up his antique ’59 Mercury & being part of the “Shades of the Past” Car Club. Emroy & Jean took many trips with their motor home, some with Rawhide Rovers motor home club. They spent their winters in Arizona & Texas, but the love of his life was spending time with his family. Emroy is survived by his wife, Jean of Marshall; two children, LeRoy (Wanda) Biteler of Chanhassen, MN and Nancy (Ken) LaBrie of Pierre, SD; four grandchildren, Justin and Miranda Biteler, and Brandon and Clayton LaBrie; one brother Elmer (Gratia) of Sioux Falls, SD, two sister-in-laws, Maxine Biteler of CO and Illa Biteler of Sioux Falls; and also many other relatives and friends. Emroy was preceded in death by his parents; son, Douglas and two brothers, Dean and Darrel.

The family of Emroy John Biteler created this Life Tributes page to make it easy to share your memories.

Send flowers to the Biteler family.