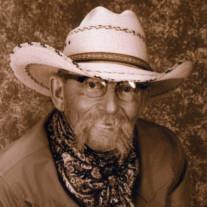 Eugene Schrunk, age 60, of Marshall, passed away under hospice care on Monday, August 3, 2015, at his home in Marshall. Funeral services are 11:00 AM Thursday, August 6, 2015, at Christ United Presbyterian Church in Marshall. Interment will be in the Marshall Cemetery. Visitation will be held from 4:00 – 8:00 PM Wednesday, August 5, 2015, at the church. A prayer service is scheduled for 7:00 PM. Visitation will continue 1 hour prior to the service, from 10:00 – 11:00 AM, on Thursday at the church. Clergy Officiating: Rev. Anne Veldhuisen Organist: Margaret Greig Casket Bearers: Lonnie Schrunk, Tom Sand, Gary Johns, Nick Kissner, Jim Hooper, Dave Gifford Eugene Hubert Schrunk was born on January 29, 1955 in Tyler, Minnesota. He was the son of Rolland and Ann (Farrell) Schrunk. Gene was baptized as an infant and was confirmed in his youth at the Presbyterian Church in Russell, Minnesota. He grew up in Russell and attended school there, graduating with the Russell High School, class of 1973. Gene then spent 14 years working retail. In 1988, Gene launched his lawn business from what his father had started. His business name, “The Lawn Ranger” reflected his personality. Due to health concerns, Gene scaled back in his career and eventually sold the business in April of 2014. On December 28, 1991, Gene was united in marriage to Eileen Peters at Christ United Presbyterian Church in Marshall. The couple spent 23 years together. Gene and Eileen made their home on an acreage in Marshall that they named “Second Chance Ranch.” Gene loved being active. Besides his work career, he enjoyed attending auctions, caring for a variety of animals at the Second Chance Ranch, and meeting people for coffee at Mike’s Café. He was a fan of rodeo and anything western. His ability to make people laugh was a gift he shared with others. Gene had his double lung transplant in 2003. His family and friends will be forever grateful for this life-saving gift. Eugene died on Monday, August 3, 2015, in Marshall, Minnesota at the age of 60 years, 6 months and 5 days. Blessed be his memory. Gene is survived by his wife and best friend, Eileen Schrunk of Marshall; siblings, Brenda (and Tom) Sand of Bemidji, Lonnie (and Peggy) Schrunk of Lynd; 23 nieces and nephews; 10 great nieces and nephews; other relatives and many friends. He was preceded in death by his parents, Rolland and Ann Schrunk (in 1988 and 2010); step-son, Luke Swedzinski (in 2000); brother, Timothy Schrunk (in 1978); and in-laws, Robert and Lucille Peters (in 2015). Please join the family in the church basement for a luncheon. In lieu of flowers, please designate memorials to donor’s choice. Family also requests that attendees of this cowboy’s service dress casually.

Eugene Schrunk, age 60, of Marshall, passed away under hospice care on Monday, August 3, 2015, at his home in Marshall. Funeral services are 11:00 AM Thursday, August 6, 2015, at Christ United Presbyterian Church in Marshall. Interment will... View Obituary & Service Information

The family of Eugene Hubert Schrunk created this Life Tributes page to make it easy to share your memories.

Eugene Schrunk, age 60, of Marshall, passed away under hospice...

Send flowers to the Schrunk family.