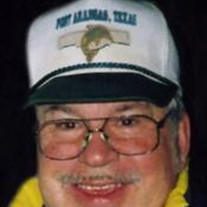 Marshall: Frank H. Greve age 73 of Hendricks, formerly of Marshall, passed away suddenly at the Avera Marshall Regional Medical Center on Wednesday, December 18, 2013. Mass of Christian Burial will be 10:30 A.M. Saturday, December 21st at Holy Redeemer Catholic Church in Marshall. Burial will be in the Calvary Cemetery. Visitation will be 4:00 P.M. to 8:00 P.M. with a 4:00 P.M. Rosary and 7:00 P.M. prayer service Friday at Hamilton Funeral Home. Visitation will continue at the church on Saturday, one hour prior to the service. Frank Herman Greve was born on January 19, 1940 in Tracy , Minnesota to Herman and Esto (Benginen) Greve. He was baptized and confirmed in Catholic faith. Frank grew up and graduated from Russell High School . Frank was united in marriage to LaVonne Irma Dhaene on January 30, 1960 at St. Edward’s Catholic Church in Minneota. To this union, six amazing children were born. Frank’s heart and soul was committed to Schwan’s Dairy, remaining with the company for 32 years as it grew into an international enterprise. Franky loved hunting, fishing,cooking, and most of all spending quality time with his family. He lived life to the fullest and has left all his family and friends with memories to share for a lifetime. Frank was a former member of the Church of the Holy Redeemer and the Knights of Columbus until moving to Hendricks. He was a member of St. John Cantius in Wilno at the time of his death. Franky is survived by his loving wife, LaVonne of Hendricks; his children: Brenda (Dave) Tatsak of Ft. Worth, Texas, Bruce (Chris) of Sioux Falls, Brian (Laura) of Marshall, Barb (Steve) DeSmet of Canby, Becky (Kelly) Meyer of Windsor, Colorado, and Brad of Marshall; eleven grandchildren: Jeremy(Trisha) Prellwitz, Taylor Greve, Tanner Greve, Josh (DeAnna) DeSmet, Amber DeSmet, Kalea DeSmet, Hunter Greve, Cody Greve, Zander Blomme, Landon Ohman, and Talan Greve, three great grandchildren: Payton, Eli, Amberly, and one on the way, three brothers: Jack (Jackie) of San Bernadino, California, Gary (Betty) of Fayetteville, North Carolina, and Tom (Vicki) of Marshall, also many other relatives and friends. Frank was preceded in death by his parents, and four brothers, Delbert, Donny, Teddy and Ray, and four sister in laws: Headi, Betty, Lillian and Tess Greve. Blessed Be The Memory of Frank Herman Greve.

The family of Frank Herman Greve created this Life Tributes page to make it easy to share your memories.

Send flowers to the Greve family.