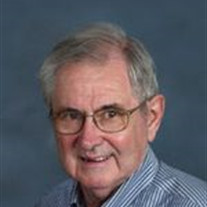 Franklin “Frank” J. Schultz, age 66, of Marshall, Passed away at the Minneota Manor on Saturday, October 11, 2008. Funeral services will be 2:00 P.M. Tuesday, October 14, 2008 at St. Stephen Lutheran Church in Marshall. Burial will be in the Marshall Cemetery. Visitation will be 4:00 P.M. to 8:00 P.M. with a 7:00 P.M. prayer service Monday at the Hamilton Funeral Home. Visitation will continue at the church on Tuesday, one hour prior to the service. Condolences to www.hamiltonfh.com Franklin “Frank” Joseph Schultz was born to Evangelus William Joseph and Doris (Oldham) Schultz on November 28, 1941 in Cedar Falls, Iowa. He was baptized and confirmed in the Christian faith at Cedar Falls. He graduated from Crater High School in Central Point, Oregon. He was a member of the Army National Guard in Oregon, Mankato and Marshall. Frank came to Marshall and opened, owned and operated Toni’s Pizza on East College Drive from 1968 to 1992. On July 26, 1996, Frank was united in marriage to E.J. (Moret) Veldhuisen. Together they opened Toni’s Depot on West Main Street in 1996. Frank loved being with family and friends at the lake. He thoroughly enjoyed his life ambition of serving people and making his customers happy. He truly had a servant’s heart shown in all the food provided to college and high school sports teams and civic organizations. He was a huge fan of local sports, especially basketball. Frank was a faithful member of St. Stephen Lutheran Church. He touched many lives as a friend, boss and family member. Frank passed away at the Minneota Manor on Saturday, October 11, 2008. He had reached the age of 66 years, 10 months and 13 days. He is survived by his wife, E.J. of Marshall; two daughters, Shari (Paul) Prause of Alexandria and Denise Schultz of New Hope; three step-children, Darin (Mary) Veldhuisen of Marshall, Kevin (Anne) Veldhuisen of Dubuque, IA and Karlin (Steve) Ziegler of Hayfield, MN; four step-grandchildren, Kylie, Christopher and Kooper Veldhuisen, and Kaden Ziegler; a sister, Mary Rowden of Central Point, OR; also many other relatives and friends. He was preceded in death by his parents; infant daughter, Shari Ann; and a sister, Doris Flannery. Blessed be the memory of Frank Schultz.

The family of Franklin "Frank" William Joseph Schultz created this Life Tributes page to make it easy to share your memories.