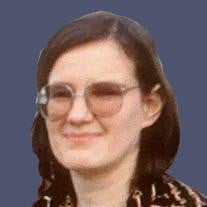 Gundi Prince, age 63, of Marshall, Minnesota, died on Sunday, April 29, 2018, at her home in Marshall, Minnesota. Memorial services are 2:00 p.m. Wednesday, May 2, 2018, at the Hamilton Funeral Home in Marshall. Visitation will be held one hour prior to the service, from 1:00 – 2:00 p.m., at the funeral home. Gudrun “Gundi” Brigitte Sigrid Hedwig Thomas was born on May 17, 1954, in Gaildorf, Germany, to Hans-Robert and Isolde Margarete Emilie Lydia (Raab) Thomas. She grew up in and attended school in Germany. After high school, she trained to be a nurse while working various jobs. On November 3, 1978, Gundi was united in marriage to Robert Prince in Heilbonn, Germany. The couple made their home in Florida and Georgia, before moving to Cold Spring, Minnesota. They raised three children: Jessica, Chris, and Corina, and shared nearly 40 years of marriage together. She was a devoted homemaker and mother. Bob and Gundi moved to Marshall a couple years ago to be near family. Her enjoyments in life included reading, listening to music, and dancing. She was a great cook who often whipped something delicious out of nothing and loved to feed her family. Gudrun is survived by her loving husband, Robert Prince of Marshall; 3 children, Jessica (and Kevin) Verly of Ghent, Chris Prince of Marshall, Corina Prince of Tracy; 2 grandchildren, Jason Verly, Candice Regnier; 3 sisters, Biata Thomas of Italy, Jutta Kubin of Germany, Marion Metcalf of Germany; nieces and nephews, other relatives, and friends. She was preceded in death by her parents, Hans-Robert and Isolde Thomas, and 4 miscarried babies. Blessed be her memory.

The family of Gudrun "Gundi" Prince created this Life Tributes page to make it easy to share your memories.

Send flowers to the Prince family.