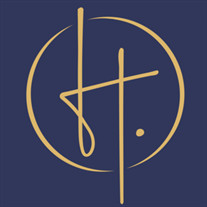 Hoyt McDade, age 92, of Overland park, Kansas, died on Saturday, November 7, 2020, at the Brighton Gardens Assisted Living in Prairie Village, Kansas. A private burial will be held on Tuesday, November 17, 2020, in the Marshall Cemetery. The family suggests memorial contributions be made to the American Lung Association. Arrangements are with the Hamilton Funeral Home in Marshall. Please leave Sally and family any condolences in the guest book or on our tribute wall. Hoyt was born August 17, 1928 near Spring Hill, Texas; the second of thirteen children. He grew up on farms in the Aubrey and Pilot Point Texas area. Hoyt graduated from Pilot Point H.S. in 1945. He enlisted in the Army Air Corps after graduation. After his service he began working in 1948 for the J.F. Pritchard Co. of Kansas City, becoming a field superintendent in the Pritchard Products Division. In 1952 he began overseeing the construction of large industrial water-cooling towers for power plants, chemical and petroleum plants all over the United States. In 1952, He married Sally Ohlsen in Marshall, MN, in the Methodist Church. In 1960, he and his wife, Sally, and son Jeffrey moved to Overland Park when he became the Director of Field Operation in the home office of J.F. Pritchard. At his retirement in 1993, he had served as National Manager of Repair, Sales and Service for then BAC/Pritchard for many years. In his retirement, Hoyt enjoyed going to car shows to show off his Ford Mustang and Ford Falcon He was a member of several national and local car clubs. Hoyt is survived by wife, Sally, of Overland Park, son Jeffery, of Lamoni, IA. He is also survived by three sisters, Marsha Yarbrough, Carolyn Pannell, and Madelyn Tomlin; and by one brother Johnny McDade, all living in Texas. Hoyt was preceded in death by his parent, William and Mary; three brothers, Bill, Windol, and Ronnie; and five sisters, Frances, Bobbie, Joyce, Jenny and Gwendolyn.

Hoyt McDade, age 92, of Overland park, Kansas, died on Saturday, November 7, 2020, at the Brighton Gardens Assisted Living in Prairie Village, Kansas. A private burial will be held on Tuesday, November 17, 2020, in the Marshall Cemetery. The... View Obituary & Service Information

The family of Hoyt Quinon McDade created this Life Tributes page to make it easy to share your memories.

Send flowers to the McDade family.