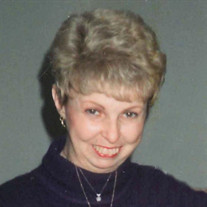 Janet Hanson, age 77, of Marshall, Minnesota, died on Monday, January 28, 2019, at Morningside Heights Care Center in Marshall. Mass of Christian Burial will be at 2:00 p.m. Saturday, February 2, 2019, at Holy Redeemer Catholic Church in Marshall. Interment will follow in the Calvary Catholic Cemetery, Marshall. Visitation will be held from 5:00 – 7:00 p.m. Friday, February 1, 2019, at the Hamilton Funeral Home in Marshall. A prayer service and time to share is scheduled for 7:00 p.m. Visitation will continue two hours prior to the service, from 12:00–1:45 p.m., on Saturday at Hamilton Funeral Home and will then process to the church. Janet Viola (Janicke) Hanson was born on April 30, 1941, in Minneapolis, Minnesota, to Raymond and Viola (Stinson) Janicke. She grew up in Northeast Minneapolis and attended school there and graduated in 1959 from the Edison High School. Janet married Roger Kerkela on May 28, 1960, and together they became parents to John and Stefanie. After Roger and Janet separated, she met Wayne Hanson and was united in marriage on April 5, 1980. The couple relocated to Marshall in 1978 to take employment with Runnings and have called it home ever since. Janet and Wayne would have celebrated their 39th wedding anniversary this year. In addition to being a loving mother and wife, Janet worked as a telephone operator in Minneapolis and also worked for a caterer. She was also a member of the Marshall Sorority Sisters. Janet enjoyed fishing, crocheting, counted cross stitch and playing cards. She was an avid reader, often reading a book a day. Janet knew how to put a smile on other people’s faces and penned many notes, letters and cards to others. She loved children. Janet will be remembered for her fierce sense of fairness and resilience of spirit in facing physical challenges and was never one to complain. Janet passed away at Morningside Heights, on Monday, January 28, 2019. She had reached the age of 77 years, 8 months, and 28 days. Blessed and eternal be to her memory. Janet is survived by her loving husband, Wayne; 4 children, John Kerkela of Minneota, Stefanie (Christopher) Guzikowski of Portsmith, NH, Zoe (Brett) Hildreth of Minneapolis, Jean Hanson of Minneapolis; grandchildren, Dallas Kerkela, Hunter Kerkela, Briana Hildreth, Sara Hildreth, Christian Curfman, Elley Guzikowski, Gracie Guzikowski; sisters, Gloria (Tom) of New Brighton, Jaculin (Gary) Peterson of Columbia Heights; other relatives and many friends. Janet is preceded in death by her parents, Ray and Viola Janicke; sister, Diane Gail Janicke. Memorial gifts will be given to a child with rheumatoid arthritis.

The family of Janet Viola Hanson created this Life Tributes page to make it easy to share your memories.