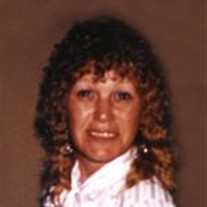 Jean A. Modtland, age 62, of Vesta, passed away at the Redwood Area Hospital on Sunday, October 18, 2009. Funeral services will be 2:00 P.M. Friday, October 23, 2009 at the Grace First Parish in Russell. Burial will be in the Russell City Cemetery. Visitation will be from 12:30 P.M. until the time of the service at the church on Friday. The Hamilton Funeral Home in Marshall is in charge of the arrangements. Condolences may be submitted at www.hamiltonfh.com Jean Annette Zvorak was born to parents Edward Faye and Alta Mae (Sanders) Zvorak on August 24, 1947 in Tyler, Minnesota. She attended Russell High School for grades 1 through 8 and then Wilson Adult Education High School in Long Beach, California, for grades 9 through 12. She went on the Long Beach City College in California where she studied Early Childhood Education in 1987. She was baptized in 1991 at Bethany Presbyterian Church in Grant’s Pass, Oregon. Jean was united in marriage on November 8, 1964 to Arnold Modtland and to this union, three children were born, Arnie M., Renae and Jeannie. They moved to California in 1965 where Jean did daycare in her home prior to her divorce in 1980. She was a certified daycare provider in California. She then obtained her High School Diploma in 1986 and attended college in California. In 1989, she moved to Grant’s Pass, Oregon, and then back to Vesta in 2000. She was a sales associate and then department manager at Wal-Mart at the time of her death. She was a proud member of the First Presbyterian Church in Redwood Falls since October 2005. Her enjoyments in life included home improvement, roller skating, gymnastics, swimming, writing, singing, music, baking, movies, eating out, sewing, bicycling, fishing, cross-stitching, gardening, skiing, playing the accordion, pool and darts, lounging in her jammies, board games, doing jigsaw puzzles with family and friends, and taking care of her children. She was a truly nurturing person and she will be deeply missed. She is survived by her three children, Arnie M. (and Cheyenne) Modtland of Vesta, Renae (and Marc) Nelson of Big Lake, Alaska, and Jeannie (Derrick) Green of Marshall; nine grandchildren, Sarah, Michael, and Christopher Modtland, Michael Brock, Tony, Travis, Casey, Jocelyn, and Jamie Modtland; great grandchild, Gerry Modtland; sister, Joanne Wilson of Redwood Falls; three brothers, Butch (and Sharon) of Buffalo, Jack (and Marilyn) of Gladstone, Missouri, and Larry Zvorak of Marshall; stepfather, Lloyd Sanders of Belview; sister-in-law, Phyllis Zvorak of Ellendale, North Dakota; also many other relatives and friends. She was preceded in death by her parents and brother, Lauren Zvorak. Blessed be the memory of Jean Modtland

Jean A. Modtland, age 62, of Vesta, passed away at the Redwood Area Hospital on Sunday, October 18, 2009. Funeral services will be 2:00 P.M. Friday, October 23, 2009 at the Grace First Parish in Russell. Burial will be in the Russell City Cemetery.... View Obituary & Service Information

The family of Jean Annette Modtland created this Life Tributes page to make it easy to share your memories.

Send flowers to the Modtland family.