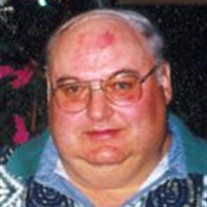 Marshall: John Bretzman, age 61, of Marshall passed away at Morningside Heights Care Center in Marshall on Friday, January 8, 2010. Funeral services are scheduled for 2:00 P.M. Wednesday, January 13, 2010 at the Hamilton Funeral Home in Marshall. Visitation will be one hour prior to the service. Burial will be in the Marshall Cemetery. Online condolences may be submitted at www.hamiltonfh.com. John Arnold Bretzman was born to Walter and Leona (Siemers) on May 20, 1948 in Windom, Minnesota. He was baptized and confirmed at St. Peter’s Lutheran Church in rural Lakefield. He graduated from Lakefiled High School. He went on to attend Jackson Vocational College before he served his country in the Navy for a short period of time in 1968. Eventually he became a Master Plumber and owned Crosstown Plumbing and Heating in Marshall. John passed away at the Avera Morningside Heights Care Center in Marshall on Friday, January 8, 2010. He had reached the age of 61 years, 7 months and 19 days. He is survived by his son, Dillon (Cyndi) Schultz of Tyler; grandchildren and step-grandchildren, Corissa Schultz of Milbank, Courtney Schultz of Tyler, Cami Schultz of Tyler, Cassey Schultz of Taunton, Curtus Schultz of Marshall, Caleb Schultz of Marshall, Alicia Schultz of Minneota and Brenton Schultz of Minneota; seven siblings, Florence Richter of Windom, Marvin (Sharon) Bretzman of Bingham Lake, Darline (Butch) Gunther of Brewster, Lois (Don) Kraft of Windom, Janice (Verlin) Christians of Windom, Jim (Jane ) Bretzman Sr. of Lakefield and Mary (Mark) Voss of Fulda; also many nieces, nephews and friends. He was preceded in death by his parents; brother, Raymond Bretzman; and niece, Jolene (Bretzman) Fritz. John was a member of the Zion Evangelical Lutheran Church at the time of his death. Blessed be the memory of John Bretzman.

The family of John Arnold Bretzman created this Life Tributes page to make it easy to share your memories.

Marshall: John Bretzman, age 61, of Marshall passed away at Morningside...

Send flowers to the Bretzman family.