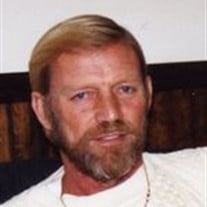 Marshall: Jon S. Waugh, age 60, of Lynd, formerly of Hendricks, passed away at the Veterans Administration Hospital in Sioux Falls, SD on Saturday, May 24, 2008. Funeral services will be 1:00 P.M. Tuesday, May 27, 2008 at the Hamilton Funeral Home. Military honors will be furnished by American Legion Post 113 of Marshall. Burial will be in the Lakeside Cemetery in Balaton. Visitation will be 4:00 P.M. to 8:00 P.M. with a 7:30 P.M. prayer service Monday at the funeral home. Visitation will continue at the funeral home from 10:00 A.M. until the time of the service on Monday. Jon Scott Waugh was born to Virgil and Bernice (Nefstead) Waugh on January 23, 1948 in Hendricks, Minnesota. He was baptized and confirmed at the E.U.B. church in Hendricks. He graduated from the Hendricks High School in 1966. Jon entered the United States Army on May 6, 1968 and served his country until his honorable discharge on April 25, 1970. On April 3, 1981, Jon was united in marriage to Hollis “Holly” Ione Pope in Lynd. They lived in Lynd and Jon worked for various construction companies which included Bladholm Construction and Chuck Hess Concrete and Masonary. Hollis passed away on October 19, 2004. Jon joined her in death on Saturday, May 24, 2008. He had reached the age of 60 years, 4 months and 1 day. He is survived by his mother, Bernice of Hendricks; two stepchildren, Darryl (Deb) Munsinger of Marshall and Denise (Jerry) Karow of Salisbury, North Carolina; eight step-grandchildren, Sonja, Teresa and Mitch Tykwinski, Holly Oltz, Dylan and Dalton Karow, Angie Murphy and Kari Franson; three sisters, Connie (Clancy) Matsuda of Brandon, SD, Kathy (Rod) Pederson and Susan (Gene) Singsaas both of Rapid City, SD; also many other relatives and friends. He was preceded in death by his father, Virgil; wife, Holly; step-daughter, Darla Munsinger; and step-son, Douglas Munsinger. Jon was a member of the American Legion Post 113 of Marshall. Holly was the love of Jon's life. Together they took pride in caring for their home, their yard, their vehicles and their dogs. Jon was a good friend and often used his talents to help friends with their projects. He was called "Big Jon" at work because of his strong body and "Papa Jon" at home due to his soft heart. His coworkers, family and friends will miss him and his wonderful sense of humor. Blessed be the memory of Jon Waugh

Marshall: Jon S. Waugh, age 60, of Lynd, formerly of Hendricks, passed away at the Veterans Administration Hospital in Sioux Falls, SD on Saturday, May 24, 2008. Funeral services will be 1:00 P.M. Tuesday, May 27, 2008 at the Hamilton Funeral... View Obituary & Service Information

The family of Jon S. Waugh created this Life Tributes page to make it easy to share your memories.

Send flowers to the Waugh family.