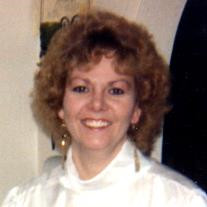 The Heaven’s gates opened wide on June 29th, 2017, around 4:00 p.m. and took Judy Holey, age 68, to be home with all of her loved ones. Judy passed away at the Dougherty Hospice House in Sioux Falls, South Dakota. Per Judy’s wishes, A Private Family Gathering will be held at a later date. She will be laid to rest in the Marshall Cemetery. Judy was born in Lyon County, Minnesota to Donald and Mabel (Swanson) Fox. She graduated from Minneota High School with the class of 1967. She went on to work various jobs until her retirement. She met and married the love of her life, David Holey. To that union were born two sons, Clint and Jeff. They were raised in Marshall when the family lived most of their lives. The boys moved to Windom and Judy and Dave moved to Minneota to live on the homestead. She enjoyed playing cards, listening to music, riding bike and walking the trails, playing Sudoku, going to the casino, and playing pool with Dave. She truly loved life and lived it to the fullest. She was a wonderful wife, sister, and aunt. Anyone that knew her was aware of her strong faith in the Heavenly Father. His love for her was so strong, that we now wanted her back home. Judy is survived by her husband, David Holey of Marshall; sons, Clint and Jeff Holey of Windom; granddaughter, Hannah Kay Lemcke Holey; sister, Barb Gould and her family of Cottonwood; nieces, nephews, other relatives and many friends. We feel privileged to have had her in our lives, she will be greatly missed. May she rest in peace. Judy is preceded in death by her father, Donald, and Mother, Mabel; sister, Becky; and brother, Donnie.

The family of Judy Marie Holey created this Life Tributes page to make it easy to share your memories.

Send flowers to the Holey family.