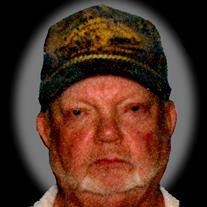 Kevin Redding, age 64, of Milroy, Minnesota, passed away on Sunday, February 26, 2017, at his home in Milroy. Memorial Services are 11:00 a.m. Saturday, March 4, 2017, at the Hamilton Funeral Home in Marshall, Minnesota. Interment will follow in the St. Michael's Catholic Cemetery in Milroy. Following the interment, Lunch will be served in the basement of St. Michael’s Catholic Church in Milroy. Visitation will be held one and a half hours prior to the service, from 9:30 – 11:00 a.m. on Saturday, March 4, 2017, at the Hamilton Funeral Home in Marshall. Officiating: Father Robert Mraz Service Music: Amazing Grace / Be Not Afraid / Song OF Farewell / On Eagle’s Wings Song Leader: Jean Schmidt Organist: Carol Snyder Kevin Michael Redding was born on September 11, 1952, in Marshall, Minnesota. He was the son of Clifford and Henrietta (Berberick) Redding. Kevin was baptized, received First Communion, and was confirmed at St. Michael's Catholic Church in Milroy and he grew up on the family farm South of town. He attended Milroy schools through High School and then went on to work for the Redwood County Department of Transportation. Kevin lived in Milroy his whole life and enjoyed time shared with friends at the C-Store and the Oasis. Although he was a reserved and quiet man, he enjoyed nieces, nephews, and any chance to interact with man’s best friend. He liked his cars two ways, classic and clean. He also enjoyed collecting and studying firearms, especially pistols, rifles, and antiques. Kevin died on Sunday, February 26, 2017 at the age of 64 years, 5 months, and 15 days. Blessed be his memory. Kevin is survived by his siblings, Patrick (and Sandy) Redding of Marshall, Judith (and Kenny) Hansen of Marshall, Terry Redding (Sandy Hoffbeck) of Marshall, Tom (and Sue) Redding of Marshall; sister-in-law, Joyce Redding of Garvin; nieces, nephews, other relatives and friends. Kevin is preceded in death by his parents, Clifford and Henrietta Redding; and brother, Daniel Redding.

The family of Kevin Michael Redding created this Life Tributes page to make it easy to share your memories.

Kevin Redding, age 64, of Milroy, Minnesota, passed away on Sunday,...

Send flowers to the Redding family.