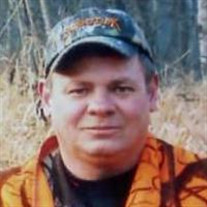 Kyle Owen, age 55, of Vesta, Minnesota, passed away on Saturday, March 25, 2017, in Brooklyn Park, Minnesota. Memorial Services are 3:00 p.m., Thursday, March 30, 2017, at St. Stephen Lutheran Church in Marshall. A reception for attendees will follow at Brau Brothers in Marshall, Minnesota. Visitation one hour prior to the service, from 2:00 – 3:00 p.m., on Thursday at the church. Kyle Alan Owen was born in Mankato, MN on December 4, 1961, to parents, Donald and Carol (Balzer) Owen. He was baptized at Medo Lutheran Church, rural Mapleton, Minnesota and confirmed at First Lutheran Church in Fergus Falls, Minnesota. While in school, Kyle played hockey and was on the swim team; participating in state swimming competitions. Kyle graduated from Marshall High School in 1981 then went to work for a time as a ski instructor in Colorado. He later returned to attend Dunwoody Institute in Minneapolis where he completed the mechanical engineering program, specifically in HVAC. He was employed by several mechanical contractors in the metro area as well as the University of Minnesota. On April 17, 1993, Kyle was united in marriage to Deneen Johnson at St. Stephen Lutheran Church in Marshall. They shared 18 years of marriage together and raised 2 children. The family lived in Vesta, Marshall, and Monticello before moving to Brooklyn Park in 1995. In 2013, Kyle moved to Minneapolis and had recently returned to live in Vesta. He worked for nearly 30 in HVAC and mechanical engineering. He was an avid, successful hunter and outdoorsman who loved to go fishing. He enjoyed trips to Valleyfair and playing cribbage was a favorite pass-time. He especially loved time spent with his grandchildren. Kyle is remembered as a caring man with a big smile. Kyle Owen passed away in Brooklyn Park, Minnesota, on Saturday, March 25, 2017, at the age of 55 years, 3 months, and 21 days. Blessed be his memory. He is survived by his daughters, Ellee Owen of Minneapolis, Mandy Anderson of Minneapolis; son, Thor Owen (Stacy DeMar) of Treasure Island, FL; three grandchildren, Boston Neumann, Brynnley Neumann, Pearl Owen; parents, Don & Carol Owen of Vesta; sisters, Kristen (Scott) Eickman of Brooklyn Park, Karen (Brad) Jaeger of Marshall, Kimberly Boettcher of Eden Prairie; brother, Kevin (Erin) Owen of Tyler; partner for so many years, Deneen Carpenter of Cable, WI; nine nephews and five nieces; many aunts, uncles, cousins, and friends. He is preceded in death by his grandparents, three aunts, and two uncles. Arrangements by the Hamilton Funeral Home in Marshall, Minnesota. 507-532-2933 Guest book and tribute wall available online at www.hamiltonfh.com.

The family of Kyle Alan Owen created this Life Tributes page to make it easy to share your memories.

Kyle Owen, age 55, of Vesta, Minnesota, passed away on Saturday,...

Send flowers to the Owen family.