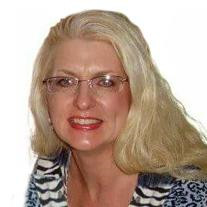 LaRaye Carlson, age 49, of Lynd and formerly of Canby, Minnesota passed away on Sunday, September 18, 2016, at Morningside Heights Care Center – Transitions in Marshall, Minnesota. Funeral Services are 1:00 PM on Monday, September 26, 2016, at Living Word Lutheran Church in Marshall. Interment will be in the Florida Lutheran Cemetery outside Canby. Visitation will be held from 4:00 – 8:00 PM on Sunday, September 25, 2016, at Living Word Lutheran Church in Marshall. A Prayer Service will be at 7:00 PM. Visitation will continue one hour prior to the service, from Noon – 1:00 PM Monday, again at the church. Clergy Officiating: Rev. Dave Christensen and Rev. Kelly Wasberg Keyboardist: Kayla Buessing Congregational Hymns: Amazing Grace / On Eagle’s Wings / How Great Thou Art Special Music: Gary Snook ~ “Mama, Bring Your Bible” LaRaye Kris Carlson was born October 15, 1966, in Canby, Minnesota, to Ovie and Arlyn (Thompson) Carlson. She grew up on a farm outside of Canby, Minnesota, and graduated from Canby High School in 1984. She went on to further her education at Southwest State University in Marshall. LaRaye spent time living in Tracy, Marshall, and Lynd, before setting in Lynd about 20 years ago. She worked as a cosmetic consultant for Mary Kay and also sold Melaleuca products. She was proud to be at home when not working, spending time with her daughter and helping neighbors. She truly made an impact on all who were fortunate enough to know her. LaRaye did not let one day go by without prayer. She was a strong and social woman, always there when needed. Her enjoyments in life included gardening, going to garage sales, shopping, collecting shoes, and spending time with family. After a courageous battle with cancer, LaRaye Carlson passed away peacefully on Sunday, September 18, 2016, at the age of 49 years, 11 months, and 3 days. Blessed be her memory. She is survived by her daughter, Kautia Carlson Snook of Lynd; significant other, Gary Snook of Lynd; 5 siblings, Beryl (and Ray) Kuester of Canby, Graylen (and Yupa) Carlson of Madison, Klay (and Mary) Carlson of Hutchinson, Jerilyn (and Tom) Anderson of Montevideo, LeWayne Carlson of Marshall; her Mary Kay and Melaleuca families; nieces, nephews, other relatives and many friends. LaRaye is preceded in death by her parents, Ovie and Arlyn Carlson. Reception to follow the service at church. Attendees invited to attend.

The family of LaRaye Kris Carlson created this Life Tributes page to make it easy to share your memories.

LaRaye Carlson, age 49, of Lynd and formerly of Canby, Minnesota...

Send flowers to the Carlson family.