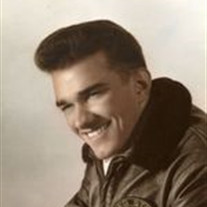 Larry "Bill" Williams, age 64, of Russell, passed away at the Avera McKennan Hospital in Sioux Falls on Friday, January 18, 2008. Funeral services will be 10:00 A.M. Tuesday, January 22, 2008 at the Grace First Parish in Russell. Burial will be in the Russell City Cemetery with military honors furnished by Russell American Post 460. Visitation will be 4:00 P.M. to 8:00 P.M. Monday with a 7:00 P.M. prayer service at the Hamilton Funeral Home. Visitation will continue at the church on Tuesday, one hour prior to the service. Larry William "Bill" Williams was born to Arthur Owen and Dorothy Mae (Grove) Williams on August 6, 1943 in Tyler, Minnesota. He was baptized at the First Baptist Church in Russell and graduated from the Russell High School in 1962. On January 4, 1963, Bill entered the United States Navy and served in Viet Nam. He was honorably discharged on January 3, 1967. On March 9, 1968, Bill was united in marriage to Barbara Stanton at the First Baptist Church. They made their home in Russell where he was employed as a plumber and pipefitter by the Local Union 455 of St. Paul and Local Union 561 of Mankato. Bill passed away at Avera McKennan Hospital in Sioux Falls on Friday, January 18, 2008. he had reached the age of 64 years, 5 months and 11 days. He is survived by his wife, Barbara of Russell; three children, Stacy (Sarah) Stanton of Watertown, SD, Rebecca (Jim) Burns of Russell and Jay Williams of Russell; five grandchildren, Ashley Thompson, Hunter and Brooke Burns and Sierra and Skyler, Stanton; his mother, Dorothy Williams of Russell; also many other relatives and friends. He was preceded in death by his father, Arthur; and two brothers, David and Jerome "Jim" Williams. Bill was a member of the Russell American Legion Post 460 and a Life Member of the Veterans of Foreign Wars Post 1720 of Grand Rapids. Bill's enjoyments in life were spending time with his family and looked forward to watching Vikings games with Hunter. Other enjoyments included; hunting, fishing, working on cars and feeding the birds and squirrels on his back deck. Blessed Be The Memory of Larry "Bill" Williams

Larry "Bill" Williams, age 64, of Russell, passed away at the Avera McKennan Hospital in Sioux Falls on Friday, January 18, 2008. Funeral services will be 10:00 A.M. Tuesday, January 22, 2008 at the Grace First Parish in Russell. Burial will... View Obituary & Service Information

The family of Larry Williams created this Life Tributes page to make it easy to share your memories.

Larry &quot;Bill&quot; Williams, age 64, of Russell, passed away at the...