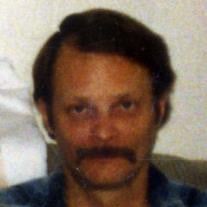 Lenny Compton, age 64, of Marshall, Minnesota, passed away on Monday, June 6, 2016, at the Select Specialty Hospital in Sioux Falls, South Dakota. Funeral Services are 10:30 AM Saturday, June 11, 2016, at the Hamilton Funeral Home in Marshall. Interment will follow in the St. Clotilde Catholic Cemetery, Green Valley, Minnesota. Visitation will be one hour prior to the service, from 9:30 – 10:30 AM, on Saturday, again at the Hamilton Funeral Home in Marshall. Clergy Officiating: Rev. Lyle Snyder Special Music: CD selections ~ You Can Close Your Eyes by James Taylor Halleluiah by James Buckley, You’ll Be In My Heart by Phil Collins, Sprit In The Sky by Norman Greenbaum, Roll Me Up by Willie Nelson Casket Bearers: Randy Paradis, Jon Chase, Jim Paradis, Gary Paradis, Tim Paradis, Craig Paradis, Mitchell Paradis Lenny Paul Compton was born on August 17, 1951, in Chicago Heights, Illinois, and was baptized in the Christian faith. He was the son of Charles and Arlene (Paradis) Compton. Lenny attended school at Homewood-Flossmor High School in suburban Chicago. He went on to work for the Illinois Central Railroad. In the early 1990s, Lenny settled in Marshall, Minnesota, near relatives. He was a member of Sons Of The American Legion in Marshall. His other enjoyments included fishing and watching the Twins and NASCAR. Lenny Compton passed away on Monday, June 6, 2016 at the age of 64 years, 9 months and 18 days. Blessed be his memory. Lenny is survived by his 3 children, Nicole (and Jon) Chase of Brooklyn Park, Clint (and Hannah) Compton of Green Bay, WI, Scott Compton (and Courtney Sabo) of Chicago, IL; 4 grandchildren, Melissa Chase, Nicholas Chase, Hattie Compton, Molly Compton, and another on the way; great-grandson, Jordan Chase; sister, Tammy Reif of Mokena, IL; brother, Michael (and Jackie) Compton of New Lennox, Illinois; nephews, nieces, other relatives and friends. Lenny is preceded in death by his parents, Charles and Arlene Compton; siblings, William Compton and Carolyn Widen.

The family of Lenny Paul Compton created this Life Tributes page to make it easy to share your memories.

Lenny Compton, age 64, of Marshall, Minnesota, passed away on...

Send flowers to the Compton family.