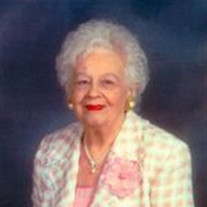 Leora Sullivan, age 91, of Marshall, passed away on Tuesday, November 4, 2008 at the Morningside Heights Health Care Center in Marshall. Funeral services are scheduled for 10:30 AM on Saturday, November 8, 2008 at Holy Redeemer Church in Marshall. Visitation will be held from 4 to 8 PM with a 4:00 PM Rosary and a 7:30 PM prayer service on Friday, November 7, at the Hamilton Funeral Home in Marshall. Visitation will continue one hour prior to the service on Saturday, at the church. Burial will be in Calvary Cemetery in Mankato following lunch. Online condolences may be submitted at www.hamiltonfh.com. Leora “Lee” Marie Crouse was born on January 4, 1917 in Lamberton, Minnesota to David and Frieda (Arnold) Crouse. She and her family resided there until moving to Walnut Grove. She was baptized and confirmed in the Lutheran Faith. On September 4, 1939, Leora married John A. “Jack” Sullivan in Sault Ste Marie, Michigan. Jack was transferred there from the Montgomery Ward in Redwood Falls, Minnesota. Since Jack was a traveling salesman, they moved about every two years, residing in LaCrosse, WI and Helena, MT. Moving back to Minnesota, they lived in Marshall, Montevideo, Edina, Austin, and finally settled in Mankato. Jack and Lee lived there for 45 years. In February 2001, Lee moved to Boulder Estates in Marshall to live out the rest of her life and be near to her daughter, Karen (and husband Jim), and good friends, Bob and Louise Van Leeuwe. Leora was a loyal and dedicated wife and mother. She loved to cook and entertain in her home. She and Jack ran the business from their home, so Leora was kept very busy with work and added a lot to it’s success. Leora will be fondly remembered for her roast beef dinners. She had a special way of making food taste delicious. Her home was a haven and you felt like royalty as her guests. Leora also loved music and enjoyed singing many songs from her childhood. She was loved for her sense of humor and gift of gab. Leora will be sadly missed by her family, friends, and neighbors. Lee is survived by her four children, Gary Sullivan of Austin, Karen (and Jim) Doom of Marshall, Patricia Sullivan of Newport Beach, CA, and Tamara Sullivan of Beaverton, OR; very dear friends, Bob and Louise Van Leeuwe, who Lee considered her own children; four grandchildren, Todd Trent of Las Vegas, NV, Tamara (and Larry) Hoffman of Spring Valley, WI, Travis Trent of China, and Tifani Sturm of Apple Valley, MN; four step-grandchildren, David (and Julie) Doom of Paynesville, Theresa (and Bernie) Penning of Forest City, IA, Laurie (and Michael) Munsterman of Appleton, and Sherry (and Brent) Wessela of Spicer; 13 great-grandchildren; sisters, Dorothy Aarthun and Lois Howe and brother, Doneth Crouse, all of California; sister-in-law, Marie Sullivan of Redwood Falls; and many other nieces, nephews, relatives and friends. Lee was preceded in death by her parents; husband, John “Jack” Sullivan in 1983; daughter, Jacquelyn “Jackie” Kay Sullivan in 1979; sisters, Bernice Rue and Delpha Rue. Blessed Be The Memory of Leora Sullivan.

Leora Sullivan, age 91, of Marshall, passed away on Tuesday, November 4, 2008 at the Morningside Heights Health Care Center in Marshall. Funeral services are scheduled for 10:30 AM on Saturday, November 8, 2008 at Holy Redeemer Church in Marshall.... View Obituary & Service Information

The family of Leora "Lee" Marie Sullivan created this Life Tributes page to make it easy to share your memories.

Leora Sullivan, age 91, of Marshall, passed away on Tuesday,...