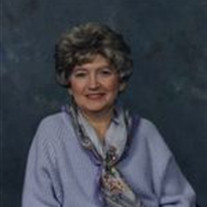 Lois L. Oberg, age 71, of Montevideo, formerly of Lake Wilson, passed away at the Chippewa County Montevideo Hospital on Thursday, August 23, 2007. Funeral services will be 11:00 A.M. Monday, August 27, 2007 at Wesley United Methodist Church in Marshall. Burial will be in the Marshall Cemetery. Visitation will be Sunday, August 26, 2007 at the Hamilton Funeral Home from 4 to 8 P.M. with a 7:00 prayer service and will continue one hour prior to the service. Lois LeAnne Klingbeil was born at home to William and Emile (Bebler) Klingbeil on December 4, 1935 in Wells, Minnesota. She was baptized at her home and confirmed at First Lutheran Church in Wells. She attended Country School District 121 for grades 1 through 8. She started 9th grade in Wells High School and graduated from there in 1953. She went on to Austin Junior College where she earned a A.B. Degree and then the University of Minnesota where she received training to become an X-ray technician. Lois then went on to earn an R.T. Degree from the Naeve Hospital School of X-ray Technology. She worked at the hospital in Fairmont and taught some X-ray classes. Through a rural youth group she met Ken Oberg. On October 6, 1961, Lois was united in marriage to Ken in Wells. They lived at a farm 3 miles north of Lake Wilson, Minnesota in a house Lois and Ken designed together. Lois continued working in Fairmont until the summer of 1962. In May of 1963, a daughter, Shanon, was born to them. In March of 1966, Scott was born. Lois continued as a homemaker for her wonderful family. Lois was active in the Lowville Extension Club, Lake Wilson Legion Auxiliary, Cameron 4-H Club, Murray County Cowbells, and she taught piano lessons to various youth in the Lake Wilson area for many years. In May of 1991, Ken passed away. Lois moved to Montevideo in November of 1991. At Montevideo, Lois was active in Senior Citizens group and a writing group, which was one of her favorites. Lois enjoyed doing many crafts, entertaining family and friends, reading, her laptop computer, painting, embroidery, quilting, and her grandchildren. She loved jazz music, the Beach Boys, and ABBA. Lois recently worked with the Montevideo Salvation Army and coordinated the holiday bell ringers. Lois passed in Montevideo on Thursday, August 23, 2007. She had reached the age of 71 years, 8 months and 19 days. She was a very strong, independent person who was very gracious. She will be dearly missed. She is survived by her children, Sharon Johnson of Lake Wilson, and Scott (and Holly) Oberg of Montevideo; grandchildren, Ben and Ethan of Montevideo, and Dylan and Erica of Lake Wilson; and brothers, Ray Klingbeil and Ralph Klingbeil of Albert Lea, Minnesota. She was preceded in death by her husband, Ken; grandson, Trevor; son-in-law, Neal; parents, William and Millie Klingbeil; sister, Lorraine Grunzke; sisters-in-law, Joan Lee and Vi Klingbeil; parents-in-law, Les and Mildred Oberg; and brother-in-law, Clarence Grunzke. In lieu of flowers, memorials are preferred to the Salvation Army. Blessed be the Memory of Lois Oberg

The family of Lois Oberg created this Life Tributes page to make it easy to share your memories.

Send flowers to the Oberg family.