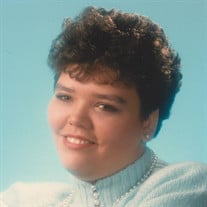 Lynda Petersen, age 50, of Marshall and formerly of Slayton, Minnesota, died on Saturday, February 15, 2020, at Avera Morningside Heights Care Center in Marshall. Funeral Services are 11:00 a.m. Thursday, February 20, 2020, at Living Word Lutheran Church in Marshall. Visitation will be held 4:00 – 7:00 p.m. Wednesday, February 19, 2020, at the Hamilton Funeral Home in Marshall. Visitation will continue one hour prior to the service, from 10:00 – 11:00 a.m. on Thursday, at the church. Lynda Kay Stevens was born on August 23, 1969, in Pipestone, Minnesota, to Dale and LeeAnn (Kindt) Stevens. She grew up in Pipestone and was confirmed at St. Paul’s Lutheran Church in her youth. Lynda worked various jobs after graduating from high School and then met Mr. Michael Petersen through a mutual friend. On April 27, 1995, Lynda was united in marriage to Mike in Slayton. The couple made their home in Currie for about 10 years before moving to Slayton. The Family relocated again to Marshall in 2015. Lynda did daycare and worked at a motel in pipestone and then was employed at HyVee and Goodwill in Marshall. Lynda spent the last several years battling several medical issues and was blessed to make many good friends at routine doctors’ appointments and recurring dialysis treatments. In days past Lynda was active in a bowling league, but her favorite pastime was simply spending time with her family. Lynda Petersen died on February 15, 2020, in Marshall, Minnesota, at the age of 50 years, 5 months, and 23 days. Blessed be her memory. She is survived by her husband of 24 years, Mike Petersen of Marshall; 3 children, Devan Petersen (Ashley Ashmore) of Marshall, Nick (and Carol) Petersen of Wood Lake, Heather Petersen (Sam Schroeder) of Marshall; 3 grandchildren, Bentley Petersen, Brody Lanners, Cooper-Dale Petersen; mother, LeeAnn Stevens of Pipestone; 6 siblings, Bryce Stevens of Pipestone, David (and Kim) Stevens of Hayward, WI, Carol (and Clarence) Rasmussen of Alexandria, Sandy (and Greg) Nelson of Pipestone, Rick (and Jean) Stevens of Ortonville, Kristi Stevens of Alexandria; nieces and nephews, other relatives, and friends. Lynda was preceded in death by her father, Dale Stevens.

The family of Lynda Kay Petersen created this Life Tributes page to make it easy to share your memories.

Lynda Petersen, age 50, of Marshall and formerly of Slayton,...