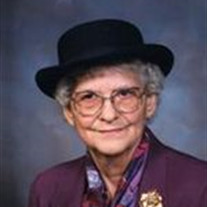 Marshall: Mabel Fox, age 79, of Marshall, died on Tuesday, May 22, 2007 at Avera Marshall Regional Medical Center. Celebration of Life will be 2:00 p.m.. Tuesday, May 29, 2007 at Hamilton Funeral Home in Marshall. Burial will be in the Trinity Lutheran Cemetery in Balaton. Visitation will be Monday, at the Hamilton Funeral Home, from 4:00 P.M. to 8:00 P.M. with a prayer service at 7:00 P.M. A celebration of my life - by Mabel Fox. Mabel was born November 27, 1927 in Custer Township, Lyon County, Minnesota to Swan and Iola Swanson, nee Ramsey. In her youth, she attended rural elementary school and graduated from Balaton High School in 1945. Donald N. Fox and Mabel were married October 29, 1945 at St. Edward¹s Church in minneota and lived in minneota for 47 years. In 1992, she moved to Marshall, MN. Mabel was deeply devoted to God, her family, and her friends. She enjoyed her family and doted on the grandchildren. She enjoyed reading, writing,crocheting, playing Yahtzee, playing cards and collecting stamps and rocks. Her favorite rocks were ones from Sweden, her father¹s homeland, and ones near the Emperor¹s Palace in Japan. Mabel was an active member of Grace Life Church in Marshall, MN, and Calvary Baptist Church. During her lifetime, she worked as a home health aide for social services, in poultry processing and hatcheries, and in several cafes. In 1990, she fulfilled her dream of attending college and graduated from Worthington Community College with an associate degree in Human Services. Mabel was active in the scouting (boys and girls) program, taught Sunday School, and served one term as president of the Society for the Preservation of minneota Heritage. She balanced many hours compiling family trees. She is survived by her children, Barbara (and Jerry) Gould, Judy (and David) Holey, and Rebecca Fox; grandchildren, Gina (Joe) Bolig, Jerry Jr. and Lisa Gould, Michael Gould, Clinton Holey, Jeffery Holey, Brian Adams, Lucci Fox, and Brandi Fox; great-grandchildren, Justin and Stephanie Gould (Theis),Tessa, Chelsie, and Devon Gould, Brooklyn, Emily, and Jacob Gould, Hannah Lemke Holey; soulmate, Donald Fox Sr.; brothers, Elmer (Phyllis) Swanson, Enoch Swanson and Charles (Stella) Swanson all of Balaton; sister-in-law, Juanita Swanson of Sacremanto, CA; and special friends, Pam, Jim, Mike, and Susan (Beens) Bartlett. She was preceded in death by her parents; 2 sisters, Francina and Zelma; 4 brothers, George, Earl Acton, Victor, and Swan, Jr.; son, Donald Fox, Jr; and siser-in-law, Donna Swanson. She will be sadly missed. Blessed Be Her Memory

Marshall: Mabel Fox, age 79, of Marshall, died on Tuesday, May 22, 2007 at Avera Marshall Regional Medical Center. Celebration of Life will be 2:00 p.m.. Tuesday, May 29, 2007 at Hamilton Funeral Home in Marshall. Burial will be in the Trinity... View Obituary & Service Information

The family of Mabel Fox created this Life Tributes page to make it easy to share your memories.

Send flowers to the Fox family.