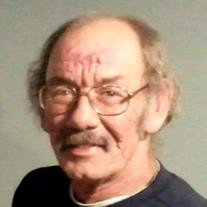 Martin Renneke, age 59, of Marshall, Minnesota, passed away on Tuesday, March 7, 2017 at the Minneota Manor Care Center. Celebration of Life Visitation will be held from 4:00 – 7:00 p.m. Saturday, March 11, 2017, at the Ghent Town Hall (107 N Chapman Street, Ghent, Minnesota). Interment will be at a later date in the Valley View Cemetery, in Browns Valley, Minnesota. Martin Arthur Renneke was born on August 10, 1957, in Marshall, Minnesota. He was the son of Myron and Donna (Dandurand) Renneke. Martin attended school at Holy Redeemer Catholic School and graduated with the Marshall high School class of 1976. He went on to work the turkey plant and did some pipelining. Martin was a very hard worker, working primarily in roofing for over 25 years. On July 25, 1986, Martin was married to Sandy Collier at the courthouse in Marshall. They were married for 10 years. While continuing to labor as a roofer, Martin also worked as a millwright with CEEC, Inc. in Wabasso. Martin thrived in his work. In his down time, he enjoyed fishing, hunting geese and deer, baking, woodworking, old western movies, talking with friends over a beer, and quality time spent with family. Martin Renneke passed away on Tuesday, March 7, 2017, in Minneota, Minnesota, at the age of 59 years, 6 months, and 25 days. Martin is survived by his 4 children, Craig Renneke of Marshall, Shelly Castaneda of Marshall, Chad (Michelle) Renneke of Osakis, Nicole (Mik) Westeen of Lynd; 6 grandchildren, Austin Renneke, Ysabel Castaneda, Leela Christians, McKenzie Renneke, Joshua Christians, Brooklyn Renneke; brothers, Dan (Diane) Renneke of Carroll, IA, Lon (Terry) Renneke of Marshall; sister, Darla (John) Wignes of Sioux Falls, SD; nephews, nieces, other relatives and friends. He was preceded in death by his parents, Myron and Donna Renneke; daughter, Missy Fertig; and brother, Scott Renneke.

The family of Martin Arthur Renneke created this Life Tributes page to make it easy to share your memories.

Martin Renneke, age 59, of Marshall, Minnesota, passed away on...

Send flowers to the Renneke family.