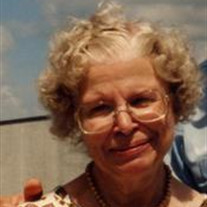 Minneota; Dr. Mary Jane Bird Swan, age 91 of Minneota, passed away at the Hendricks Hospital on Monday, February 21, 2011. Memorial service is 2:00 P.M. Sunday, February 27, 2011 at Paul’s Lutheran Church in Minneota. Burial will be in the church cemetery. Visitation will be one hour prior to the service. The Hamilton Funeral Home is in charge of the arrangements. Condolences may be sent www.hamiltonfh.com. Mary Jane was born to Verne A. and Mary Elma (Sells) Bird on December 2, 1919 in Rochester, New York. At the age of 1 she and her family moved to Utica, NY and at the age of 17 moved to Batavia, IL. She went to college in Cornell, IA and then moved back to Rochester, NY where she received her Medical Doctor degree. On October 17, 1963, Mary Jane was united in marriage to Robert Gilmour Swan at Grace United Methodist Church in Rochester. They lived in Rochester, Houston, MN, Kiester, MN and moved to Minneota in the late 1980’s where Dr. Mary Jane Bird Swan ministered to the physical and mental needs of Minneota and the surrounding communities. She retired in 2001. Robert passed away on December 9, 2005 and Dr. Bird Swan joined him in death on Monday, February 21, 2011 at the Hendricks Hospital. She had reached the age of 91 years, 2 months and 19 days. She is survived by her son Gene Swan of Marshall and three grandchildren, Tanya, Sabrina and Christopher Michael. She was preceded in death by her parents and husband, Robert.

The family of Dr. Mary Jane Bird Swan created this Life Tributes page to make it easy to share your memories.