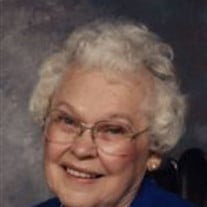 Marshall: Mary E. Doom, age 91, of Marshall, passed away at the Minneota Manor on Sunday, May 2, 2010. Mass Of Christian Burial will be 11:00 A.M. Wednesday, May 5, 2010 at Holy Redeemer Catholic Church. Burial will be in Calvary Cemetery. Visitation will be 4:00 P.M. to 8:00 P.M. Tuesday with a 4:00 P.M. Rosary Service and a 7:30 P.M. prayer service at the Hamilton Funeral Home. Visitation will continue at the church on Wednesday, one hour prior to the service. Mary Emma was born to Cyriel and Lucy (Bulcke) Verly on January 12, 1919 in Ghent, Minnesota. She was baptized, received First Communion and confirmed at the St. Eloi Catholic Church. Attended school at rural District 3 and in 1990 received her GED certificate. Mary was eleven years old when her father died, twenty five years of age when her mother died, and one year later her husband Mike died. On January 21, 1941, Mary was united in marriage to Michael Albert Doom. To this union three children were born; Tony, Alixa and Addi. Michael died September 29, 1945. Following her husband’s death, Mary was employed in numerous jobs to support her family in Marshall. In 1967 she was the first food service employee hired, and worked as the chief baker at Southwest State College, from which she retired after 21 years of service in 1988.The love of Mary’s life was her family. She enjoyed visiting and attending special events of her children, grandchildren, and extended family members of in-laws, nieces and nephews. Her many other enjoyments in life included baking (especially pies), needlework, playing cards, bingo, socializing with friends, gardening (especially flowers) and loved her pet dogs. Mary was a devout member of Holy Redeemer Church and was a lifetime member of the Catholic Daughters. She also was named Lyon County Outstanding Senior Citizen in 1991, was Fare Share director for many years, active supporter of the Lyon County Humane Society, severed as an election judge for many years and was a generous Red Cross blood donor. Mary passed away at the Minneota Manor on Sunday, May 2, 2010. She had reached the age of 91 years, 3 months and 21 days. She is survived by her three children, Tony (and Gerlinde) Doom of Marshall, Alixa Doom of LeSueur, MN and Addi Sardar of Monrovia, CA; four grandchildren; also many nieces and nephews. She was preceded in death by her parents; and two brothers, Albert and Gerard Verly Mary will be remembered for her smile, having great faith in her Lord and Savior Jesus Christ and being faithful to those she loved. Blessed Be The Memory Of Mary E. Doom

Marshall: Mary E. Doom, age 91, of Marshall, passed away at the Minneota Manor on Sunday, May 2, 2010. Mass Of Christian Burial will be 11:00 A.M. Wednesday, May 5, 2010 at Holy Redeemer Catholic Church. Burial will be in Calvary Cemetery. Visitation... View Obituary & Service Information

The family of Mary E. Doom created this Life Tributes page to make it easy to share your memories.

Send flowers to the Doom family.