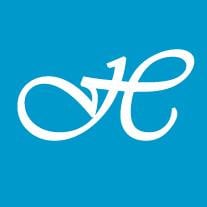 Merlene Ardelle Siekmann, age 90, of Marshall, Minnesota, passed away Monday, December 22, 2014, at Colonial Manor of Balaton. Funeral services are Wednesday, December 24, 2014, 10:30 AM, at the Hamilton Funeral Home in Marshall, Minnesota. Following refreshments at the funeral chapel, interment will be in the Lynd City Cemetery. Visitation will be held from 9:30 - 10:30 AM, 1 hour prior to the service at the Hamilton Funeral Home. Clergy Officiating: Pastor Keith Schreiner Organist: Teri Knutson Congregational Hymns: "To Shepherds As They Watched By Night," “What Child Is This” Active Casket Bearer: Larry Siekmann, Lowell Siekmann, David Siekmann, John Kelley, Shawn Kelley, Brian Siekmann Honorary Casket Bearers: Merlene’s 9 grandchildren Merlene Ardelle (Wigen) Siekmann was born on September 23, 1924 in Hendricks, Minnesota. She was the daughter of Emil and Amanda (Stefferud) Wigen. She was baptized as in infant in Hendricks. She moved with her family when she was 3 years old to Nome, North Dakota, where her parents farmed. Merlene graduated valedictorian from Nome High School with the class of 1941. After graduation, she worked at the home of Dora and Vernon Prairie in rural Marshall. This is where she met her husband, Roland. On December 8, 1951, Merlene was united in marriage to Roland “Rollie” Siekmann in Willow Lake. The couple settled in rural Marshall. In addition to being a loving homemaker and wife, Merlene was mother to four children: Larry, David, Lowell, and Ann. They shared 43 years of marriage before Rollie died on January 26, 1995. Merlene was a member of Christ Evangelical Lutheran Church in Marshall. She was very open-minded person and accepted anyone into her life. Merlene’s enjoyments in life included gardening, flowers, quilting, and spending time with her grandchildren. Merlene died peacefully with her family at her side on Monday, December 22, 2014. She reached the age of 90 years, 2 months and 29 days. Blessed be her memory. Merlene is survived by her children, Larry Siekmann (Diane Christopherson) of Russell, David (Connie) Siekmann of Menomonee Falls, WI, Lowell (Becky) Siekmann of Marshall, Ann (John) Kelley of Tracy; 9 grandchildren, Brian (Deana) Siekmann, Melanie Siekmann, Sasha Siekmann, Mary (Alain) Pompilus, Jennifer (Jake) Adam, Stephanie (Gabriel) Hernandez, Lindsay Siekmann, Erin Siekmann, Shawn Kelley; 8 great-grandchildren; sister, Lyla Johnson of Ogden, Utah; nieces, nephews, other relatives and friends. Merlene is preceded in death by her husband, Rollie Siekmann; parents, Emil and Amanda Wigen; grand-daughter, Melissa Siekmann; and brother, Burniel Wigen. The family invites everyone to a luncheon at the funeral home following the service.

The family of Merlene Ardelle Siekmann created this Life Tributes page to make it easy to share your memories.

Send flowers to the Siekmann family.